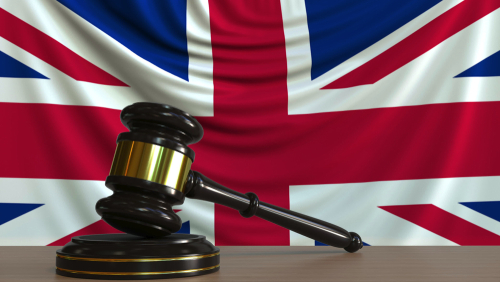 Brussels (Brussels Morning) The European Commission is likely take legal action against the UK no later than next week, for its unilateral extension of the grace period for application of the Northern Ireland Brexit protocol, the Financial Times reports.

UK Northern Ireland Secretary Brandon Lewis announced last week that Britain would be extending the grace period, claiming it was being done in the interest of Northern Ireland, since the province already faced problems with the transfer of goods from mainland Britain, and supermarkets were experiencing difficulties in stocking their shelves.

The supply problems could only worsen once the grace period for implementation of the Northern Ireland Protocol expires at end March. Šefčovič, however, has rejected previous calls by the UK to extend the period, noting that the Brexit agreement already provides the UK with all the necessary tools to resolve supply problems.

The UK’s decision to unilaterally extend the grace period, which was made without consulting the Commission, is deemed likely to represent a breach of the Brexit agreement, and the EC is treating it as such. Meanwhile, the EP is delaying the vote on the ratification of the agreement, threatening to reject the treaty should the UK act in bad faith and ignore its provisions.

The Commission made plans to use a two-pronged approach in its legal strategy – first by launching a formal notice accusing the UK of breaching EU law. Britain would be given time to respond, but the case could end up in the European Court of Justice, and the UK could face sanctions or fines should the Court rule that a breach did in fact occur.

The second approach will also consist of a written submission – this time to the joint committee, accusing the UK of breaching article 167 of the Brexit agreement, which requires both parties to consult each other and act in good faith in implementing the deal. Such a move would trigger the treaty’s dispute settlement mechanism.

UK Cabinet Minister David Frost, the British member of the joint committee, having antagonized the EC by pushing for unilateral extension of the grace period provisions, further alienated his European counterparts with an opinion piece published on Sunday, in which he called the EU to “stop sulking” and get over its “ill will” about Britain’s departure from the bloc.