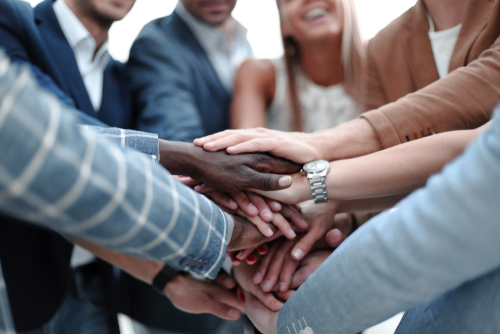 The initiative is aimed at supporting “disadvantaged young people on their way into the job market or further education,” the European Commission pointed out in a statement on Tuesday.

The Commission noted last week that more than 50% of EU member states are committed to the ALMA initiative and added that they earmarked roughly 270 million euro for the purpose under European Social Fund Plus (ESF) programmes.

The body pointed out that it expects more EU member states to make pledges, stressing that this would help youth across the bloc.

Margaritis Schinas, European Commissioner for Promoting the European Way of Life, stressed that the EC wants “to help young people find their way in life and succeed where the system so far has failed them.”

He added that the ALMA initiative is aimed at providing work experience, boosting youth employment and “bringing Europe closer to society.”

Nicolas Schmit, European Commissioner for Jobs and Social Rights, pointed out that “the EU is offering support to all young people and in particular those who struggle.”

According to Schmit, disadvantaged young people who participate in ALMA will “gain confidence, trust and the belief that they can succeed in life.” He concluded that the EC is committed to the initiative.

The EC pointed out that youth from Belgium, Germany, Ireland, Italy, Poland, Spain, Sweden and the Czech Republic shared their positive experiences from similar programmes in Brussels earlier this month.

As part of the event, government representatives and social partners discussed opportunities and challenges related to youth employment as well as their views on the ALMA initiative, the EC noted.

It reminded that EC President Ursula von der Leyen previously announced the Commission would launch the ALMA initiative this year.

“We must step up our support to those who fall into the gaps – those not in any kind of employment, education or training,” she pointed out as part of her State of the Union address and added that the EC will launch the ALMA initiative for them.

The initiative is aimed at people between 18 and 30 years of age who are unemployed and not in education or training, the Commission pointed out. It will provide participants with supervised learning for up to six months in a different bloc member.

The body concluded that the initiative will help young people to hone their skills, make new connections in the EU and be more employable when they return to their home countries.