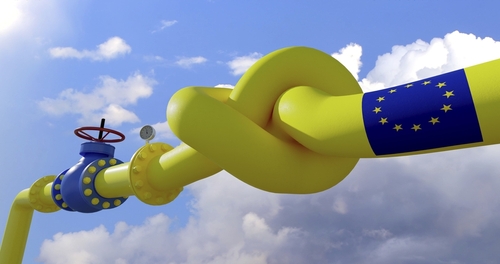 The EC proposed a bloc-wide reduction of gas consumption of 15% in the period between August and March over concerns that Russia could stop gas deliveries, according to Reuters reporting on Monday.

According to the Commission’s proposal, the cut would not be mandatory unless the body declared an emergency.

The EC stressed the importance of cutting consumption to help EU member states fill their storages ahead of the heating season, expressing belief that Russian energy company Gazprom will stop supplying the bloc with natural gas.

EU diplomats discussed a revised proposal on Monday, with energy ministers to seek consensus on the deal on Tuesday.

According to a senior EU diplomat, the revised plan would nearly meet the EC’s call for cutting gas consumption by roughly 45 billion cubic metres, which operators say a Russian supply cut would cause.

The revised proposal includes exemptions for EU member states that are not connected to the EU gas network, including Ireland and Malta.

France, Italy, Poland and the Netherlands opposed the EC’s plan to control gas policies of EU member states, with Polish Minister of Climate and Environment Anna Moskwa pointing out that the Commission’s plan “is totally against the idea of energy security and democracy.”

Italian gas distributor Italgas predicted on Monday that the country will not need to cut its naturals gas consumption as proposed by the EC.

Italgas CEO Paolo Gallo pointed out that “thanks to the activity of the government… the upcoming winter should be not so critical for Italy.”

He noted that Italy started reducing its dependence on Russian gas imports when the war in Ukraine broke out and added that the country is planning to fill its gas storages in time for the heating season.

Gallo concluded that it is up to the Italian government to decide on EC’s proposal.