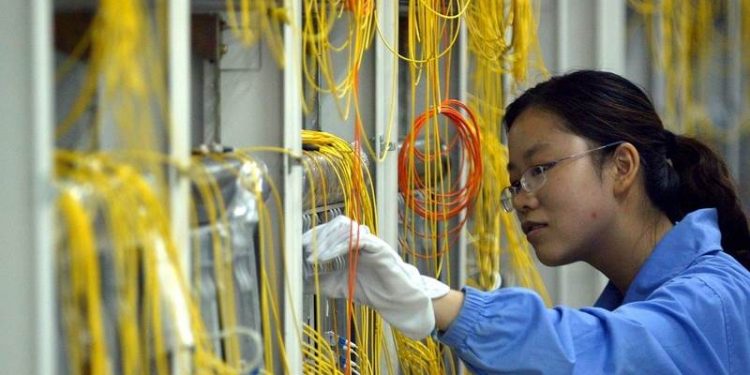 The European Commission has launched an investigation into imports of Chinese optical fibre cable, with EU manufacturers suspicious that the cables are being sold at artificially low prices, Reuters reports.

Europacable brought the complaint on behalf of EU manufacturers and pointed out that some 1.2 million kilometres of optical cable were installed in Europe last year, 15% to 20% of which came from China. The complainant’s noted that imports from China have increased 150% in the period between 2016 and 2019.

The largest producers of optical cable in the EU include Italy’s Prysmian Group, Corning, the US company, and the French companies, Nexans and Acome.

The complaint was lodged in the wake of the EU’s plan to make the digital economy an important part of the bloc’s economic recovery amidst calls for greater trade with the Chinese market. Anti-dumping investigations in the EU can take up to 15 months and tariffs, when imposed, usually apply for five years.

On Thursday, European aluminium producers welcomed the EC decision to impose temporary anti-dumping duties of up to 48% on aluminium extrusions from China. The EC launched the investigation in February, with China’s metals association asserting that the complaint was groundless.

The Director-General of the European Aluminium Association (EAA),  Gerd Götz claimed the new anti-dumping duties were crucial for the survival of the value chain in Europe, which, he pointed out, is critical to Europe’s transition to a digital and green economy.

The temporary duties are to be imposed by 15 October and the investigation wrapped up in April next year, according to the EAA which notes that the duties imposed will range from 30.4% to 48%.