EU looking for strategic balance in relations with Washington, Beijing 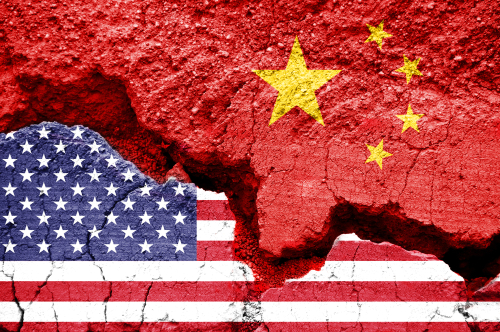 Brussels (Brussels Morning) After US State Secretary Antony Blinken held his first video conference with the EU27 ministers at the Foreign Affairs Council last month, some EU diplomats described it as a “love fest”. But the ministers kept largely silent when Blinken called on the EU to push back against China alongside the US, Reuters reports.

Citing diplomatic sources, the news agency claims the ministers were cautious because the EU is looking for a strategic balance in its relations with Beijing and Washington, wanting to make sure the bloc is not too closely aligned with one or other of the two powers in such away as to alienate the other.

The EU reportedly also hopes to retain sufficient independence to trace its own path in deepening its ties to countries in the Indo-Pacific region, such as India, Japan and Australia. “We are charting a third way between Washington and Beijing,” an EU envoy in Asia observed.

According to a senior US official, the White House has embarked on a “Europe roadshow”, discussing China’s rising power with European governments and hoping to present a unified front against Beijing.

Some of the efforts seem to be paying off, with Germany pledging to send a warship in August across the South China Sea, and the bloc considering sanctions against four Chinese officials and one entity for human rights abuses against the Uyghur Muslim minority in China.

However, it remains unclear how much EU states with close economic ties to China, Germany being a case in point, will commit to any new strategy. The German government’s official position is that the EU “cannot afford to alienate Beijing”, even though the country has labelled China as a “systemic rival” in 2019.

Despite some EU countries becoming increasingly wary of China because of its clampdown on democracy in Hong Kong and its treatment of Uyghurs – which the Dutch parliament declared to be genocide – the bloc is not yet ready for confrontation. For the moment, it stands beside the US, at least until President Biden spells out his China policy with more clarity and detail.