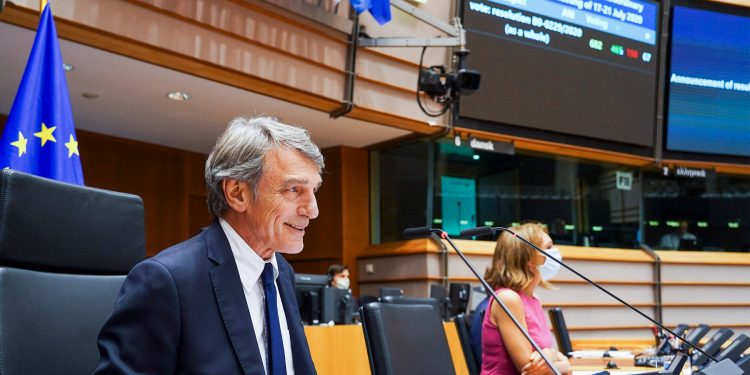 The recovery fund is a “historic move”, but long-term EU priorities such as the Green Deal and the Digital Agenda are put at risk, MEPs say.

In a resolution on the conclusions of the extraordinary European Council meeting of 17-21 July 2020, adopted by 465 votes against 150, with 67 abstentions, MEPs pay tribute to the victims of the coronavirus and to all the workers who have been fighting the pandemic. They underline that “people in the EU have a collective duty of solidarity.”

Positive step for recovery, inadequate in the long term

In the text, which serves as a mandate for the upcoming negotiations on the future EU financing and recovery, Parliament welcomes EU leaders’ acceptance of the recovery fund as proposed by Parliament in May, calling it a “historic move for the EU”. MEPs deplore however the “massive cuts to the grant components” and call for full democratic involvement of Parliament in the recovery instrument which “does not give a formal role to elected Members of the European Parliament”.

As for the long-term EU budget, they disapprove of the cuts made to future-oriented programmes and consider that they will “undermine the foundations of a sustainable and resilient recovery.” Flagship EU programmes for climate protection, digital transition, health, youth, culture, research or border management “are at risk of an immediate drop in funding from 2020 to 2021″, and that as of 2024, the “EU budget as a whole will be below 2020 levels, jeopardising the EU’s commitments and priorities.”

Parliament thus does not accept the European Council’s political agreement on the 2021-2027 MFF as it stands and “will not rubber-stamp a fait accompli”. MEPs are “prepared to withhold their consent” for the long-term EU budget, the Multiannual Financial Framework (MFF) until a satisfactory agreement is reached in the upcoming negotiations between Parliament and the Council, preferably by the end of October at the latest for a smooth start of the EU programmes from 2021.

In the case however that a new MFF would not be adopted on time, MEPs recall that Article 312(4) of the TFEU provides for the temporary extension of the ceiling of the last year of the present MFF (2020), and that this would be fully compatible with the recovery plan and the adoption of the new MFF programmes.

Parliament “strongly regrets” that the European Council significantly weakened the efforts of the Commission and Parliament to uphold the rule of law, fundamental rights and democracy in the framework of the MFF and the recovery plan, recalling that the Rule of Law Regulation will be co-decided by Parliament.

New sources of EU revenue and repayment of EU-debt

MEPs reiterate that Parliament will not give its consent for the MFF without an agreement on the reform of the EU’s own resources system, including the introduction of a basket of new own resources by the end of the 2021-2027 MFF which is necessary to cover at least the costs related to the recovery plan.

They believe that the EU Heads of State and Government have failed to tackle the issue of the recovery instrument repayment plan and recall that without further cuts to key programmes or increasing the Member States’ contributions to the EU budget, new own resources is the only acceptable option to Parliament.

Parliament demands that a legally binding MFF mid-term revision enters into force by the end of 2024 at the latest and stresses that this revision must include the ceilings for the 2025-2027 period, the introduction of additional own resources and the implementation of the climate and biodiversity targets.