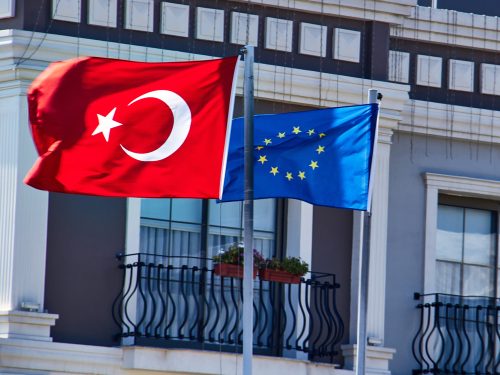 Brussels (Brussels Morning) EU leaders are prepared to increase cooperation with Turkey on condition that the “current de-escalation” is sustained, the European Council concluded after Thursday’s online leadership summit.

According to the summit conclusions, the EU was “ready “to engage with Turkey in a phased, proportionate and reversible manner to enhance cooperation in a number of areas of common interest”. The leaders of EU27 member states left the door open for further decisions at their next summit in June.

However, the improvement of relations, soured most recently because of Ankara’s controversial gas exploration in the eastern Meditteranean, can come about only if “the current de-escalation is sustained and Turkey engages constructively”, according to the summit outcome.

“Today, we have a clear framework,” Council President Charles Michel announced. “And we hope, we really hope, it will be possible to improve the relationship with Turkey”. Failing that, the EU indicated it stands ready to impose further sanctions to defend its interests and those of its member states.

Despite last year’s row over drilling in Cypriot waters, the EU has been encouraged by the restart of the exploratory talks between Greece and Turkey, which seek to reach an agreement on the maritime border.

EU leaders, however, remain wary of Turkish President Recep Tayyip Erdogan, since his latest moves showed a blatant disregard for democratic processes and women’s rights. In a move which might be unconstitutional, Erdogan withdrew Turkey from the Istanbul Convention, despite the country being the first to sign and ratify the document designed to improve protection of women and victims of domestic violence.

In a separate move, Erdogan sought to ban Turkey’s second-largest opposition party, insisting it is merely a front for the Kurdish PKK, which is seen by Ankara and the US as a terrorist organisation.