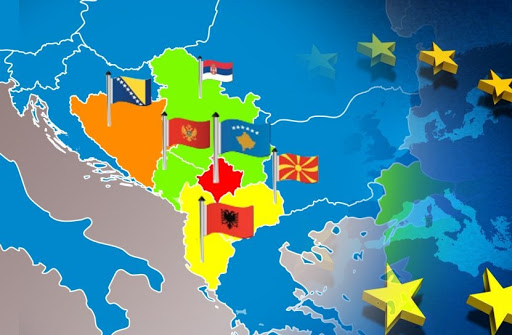 Belgium (Brussels Morning Newspaper) A meeting of EU leaders and heads of Western Balkans countries on Thursday concluded without any positive movement in the region’s plans for European integration, as well as without a joint press conference.

Held ahead of the European Council meeting where the EU 27 leaders were expected to greenlight EU candidate status for Ukraine and Moldova, the meeting with the Western Balkans leaders featured calls to grant candidate status to Bosnia and Herzegovina and to move forward in unblocking North Macedonia’s accession process, though no concrete movement was made.

EU member Bulgaria is currently vetoing the opening of accession negotiations with North Macedonia, demanding that the country “acknowledges its Bulgarian heritage” and that its language is based on Bulgarian. This pressure on the shaken Balkan nation, which was already forced to resolve a national identity dispute with Greece by formally changing its name, is seen by many in the EU as unacceptable forcing of bilateral issues on matters of EU accession.

As France put forth an initiative to resolve some of Bulgaria’s concerns by North Macedonia explicitly mentioning Bulgarians in its constitution, its resolution became hampered by the destabilization of the Bulgarian government, in which a senior coalition partner accused Prime Minister Kiril Petkov of “betraying national interests” by showing readiness to reach an amicable deal with Skopje. An additional problem is that North Macedonia would want guarantees that changing its constitution would be the very last of political demands forced upon the country.

A number of EU countries, including Slovenia, Croatia, Hungary, and Poland, called for granting candidate status to Bosnia and Herzegovina, which had formally submitted its application back in 2006, but the initiative was ultimately rejected by France, Germany, and the Netherlands.

While Slovenia and others believed it was unfair to keep BH waiting and have Ukraine overtake it by receiving candidate status, several western countries argued that Bosnia and Herzegovina was provided with a list of 14 requirements it would have to fulfill before becoming a candidate and that the country failed to fulfill even a single one during the past six years.

Serbia, on the other side, is facing a difficult issue with pressure coming from Brussels to observe the EU’s common foreign policy, as a candidate country with negotiations ongoing, which would include imposing sanctions on Moscow over its invasion of Ukraine. But Serbian President Aleksandar Vučić has so far refused to do so, with the majority of voters in his country taking Moscow’s side in the conflict, and the country being heavily dependent on Russian energy imports.

Speaking in a joint press conference with Albanian Prime Minister Edi Rama and North Macedonian Prime Minister Dimitro Kovačevski, Vučić said he was pressured over Russian aggression on Ukraine, but stressed that he was “only obliged” to act in accordance with Serbia’s interests. “I haven’t come here to justify our position,” said Vučić.

The Serbian President also indulged in one of the stunts he is well known for, presenting himself as the victim and claiming that European media have “published 2,629 articles claiming Serbia is threatening the entire Western Balkans, the sovereignty of Bosnia and Herzegovina and so-called Kosovo,” stressing that no one “apologized to Serbia for such confabulations” spread among European citizens.

Vučić also praised French President Emmanuel Macron’s idea of forming a European political union separate from the EU. “This would be the only way to have our voice heard,” said Vučić, pledging that Serbia would do “all it can” by the next EU-Western Balkans summit.
Vučić, Rama, and Kovačevski all made a last-minute decision to attend the summit, initially threatening to boycott it, supposedly over Bulgarian blockade of North Macedonian accession. The decision to attend was made on Wednesday afternoon in a joint press release, in which the trio stated they decided their attendance would “send a clear signal” that they continue to make “constructive contributions despite numerous obstacles”.