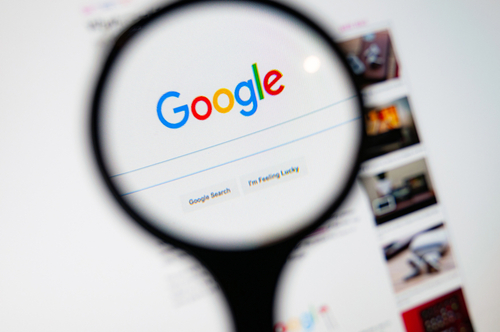 Kyiv, Ukraine - December 10, 2020 : Google homepage on the screen under a magnifying glass. Google is world's most popular search engine

In an official statement, EC vice-president Margrethe Vestager said the Commission is concerned that Google has made it harder for rival online advertisers to compete. She noted that the probe will also examine the company’s policies about user tracking to ensure that they comply with fair competition regulations.

The overall investigation will focus on six key suspect practices to determine whether or not the tech giant forces clients to use Google’s DV360, Google Ads and Google Ad Manager; favours Google’s own ad exchange platform AdX; places restrictions on third party advertisers; plans to prohibit third party cookies in the Chrome browser; and, whether it plans to limit third party access to advertising identifier on the Android platform.

While the Commission noted that the investigation is a matter of priority, no deadlines have been set for when it should wrap up. Potentially, the probe could take months or years, depending on the volume of documentation that has to be reviewed, and on the level of cooperation that the company is prepared to offer.

The probe is similar to the antitrust investigation Google already faced in France, which focused on the same kind of complaints by the company’s competitors. Earlier this month, that investigation found the company culpable and Google was forced to reach a settlement with the French authorities, pledging to reform its global advertising practices, in addition to paying a 220-million euro fine.

As part of its settlement with the French antitrust watchdog, Google committed to open its Ad Manager services to provide fairer access to rivals, and to make it easier for publishers to use its advertising tools and available data. The first batch of changes is expected to be applied by the first quarter of 2022. However, the French settlement is unlikely to impact the EC probe, which could still levy a fine even if the company were to stop breaching regulations in the meantime.