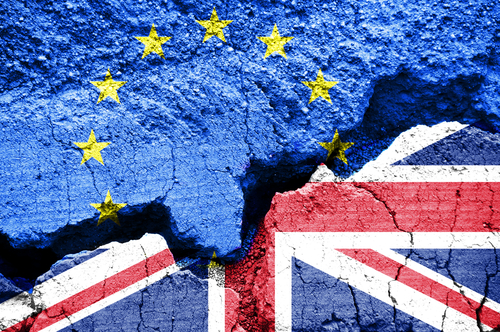 Brexit, Flags of the United Kingdom and the European Union on cracked background

Brussels (Brussels Morning) The European Union has formally launched an infringement procedure at the European Court of Justice (ECJ) against the UK for unilaterally extending the grace period for implementation of the Brexit Agreement’s Northern Ireland Protocol, Reuters reported.

The European Commission sent a formal letter to start the procedure, giving the UK a deadline to respond to the complaints it contains. EC vice president Maroš Šefčović also sent a separate letter to UK Cabinet Minister David Frost, calling on Britain to abandon the unilateral move, and seeking further talks on the issue.

The grace period, set to expire at the end of March, would have further complicated trade between most of the UK and Northern Ireland, which the special Protocol de facto retains within the frame of the EU customs union.

The new arrangement mandates customs checks in the Irish Sea, requiring additional red tape for suppliers moving their goods to Northern Ireland from the rest of the UK. Already, the paperwork involved has contributed to stocking problems being experienced by Northern Ireland’s supermarkets.

The EC maintains that the UK had more tools at its disposal to resolve the issue in good faith. London insists that the unilateral move does not violate the Northern Ireland Protocol. The ECJ case, which could take as much as a year to resolve, could result in fines and sanctions against Britain. However, it is likely that the matter would be resolved by diplomacy before any verdict is arrived at.