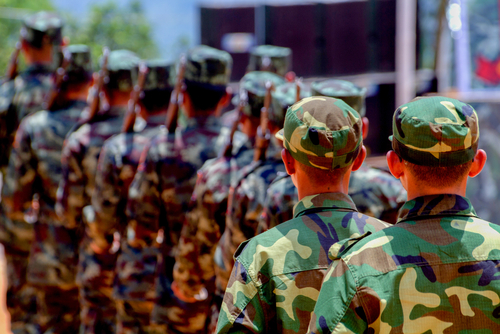 Belgium, (Brussels Morning Newspaper) The EU has imposed sanctions on Myanmar’s national oil and gas company as part of the latest package of measures against the junta.

The bloc was the first to slap sanctions on the Myanma Oil and Gas Enterprise (MOGE), which is one of the junta’s largest sources of income, according to DW reporting on Tuesday.

The EU’s move comes months after the US and the UK expanded their sanctions against Myanmar over the junta’s overthrow of the government more than one year ago.

The bloc added four companies aligned with the junta and 22 officials to the sanctions list over the “continuing grave situation and intensifying human rights violations,” the EU Council pointed out in a statement.

The individuals added to the list include ministers and several officials of the Union Election Commission, which annulled the results of 2020 elections that the National league for Democracy won in a landslide.

Myanmar’s oil and gas sector accounts for roughly 50% of the junta’s foreign currency revenues and is expected to earn more than US$ 1 billion in this financial year.

Activists have pointed out that sanctions against MOGE will limit the junta’s income and stressed that security forces in Myanmar killed more than 1,500 civilians since the coup last year.

Myanmar’s shadow government, the National Unity Government (NUG), called for an uprising in September last year. Civilian militias control parts of the country, as do ethnic-minority armies and the People’s Defence Force, the armed wing of the NUG.

The EU Council stressed the importance of “an immediate cessation of all hostilities and an end to the disproportionate use of force and the state of emergency.”

It added that the EU “will continue to provide humanitarian assistance in accordance with the principles of humanity, neutrality, impartiality and independence,” and called on the junta to respect international humanitarian law.

Large energy companies have started withdrawing from Myanmar over the human rights situation there, with French TotalEnergies announcing plans to end its operations in the country last month.

US energy corporation Chevron announced it would withdraw from Myanmar at approximately the same time, while Japanese Mitsubishi stated last week that it plans to withdraw from a natural gas field in the country.