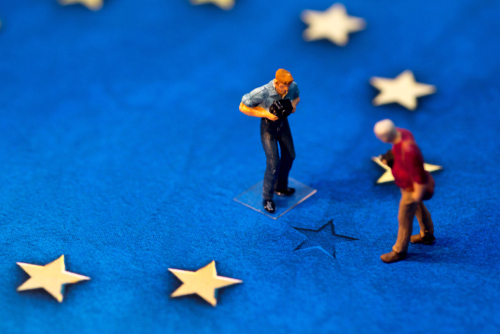 Brussels (Brussels Morning) The Conference on the Future of Europe received a further boost on 10 March with the signing of the Joint Declaration by the European Parliament’s President David Sassoli, by Portugal’s Prime Minister António Costa (on behalf of the Council), and by EC President Ursula von der Leyen.

With Euroscepticism gaining ground, the complex issues of the socio-political and economic diversity of candidate states and rising criticism from countries hardest hit by the Eurozone crisis, such as Italy and Greece, the bloc finds itself trying to make headway at a disharmonious time, perhaps best exemplified by the Brexit negotiations that culminated in the UK’s departure from the EU. To offset the scepticism and disgruntlement, the EU is seeking ways to ensure greater citizen participation and involvement in sustaining the process and the momentum of the Union.

The increased voter turnout during the 2019 European election is a sign that “reflects the growing interest of European citizens” in playing a more active role in deciding the future of the Union and its policies, it believes.

The Joint Declaration serves as an invitation to a series of debates and discussions designed to enable EU citizens from every corner of the bloc to share their ideas and help shape EU policies and aspirations.

It will create a new public forum for an open, inclusive, transparent and structured debate in which  European citizens can focus on the issues that matter most to them and that affect their everyday lives, according to the Parliament’s statement.

The EP’s Sassoli said the signing of the Joint Declaration “marks a new start for Europe”, one intended to design a common project for a functioning European democracy.

“We call on all of you to come forward to participate with your voice to building what will be tomorrow’s Europe, what will be your Europe”, Sassoli declared, inviting EU citizens to help improve the Union’s resilience to crises, whether economic or health-related.

The Joint Declaration highlights a series of topics for discussion including health, climate change, social fairness, digital transformation, the EU’s role in the world, and how to strengthen democratic processes governing the EU.

It will be up to citizens participating in the debate to determine which issues the Conference should focus on, the Parliament stated.

The Conference will draw on the participation of local government representation, the European Committee of the Regions and the European Movement, a citizens’ advocacy group that has been to the fore in promoting the concept of European integration since 1948.

The inaugural session is scheduled for 9 May and further sessions will follow with a view to reaching a set of conclusions and recommendations “by the spring of 2022”, according to the Joint Declaration.