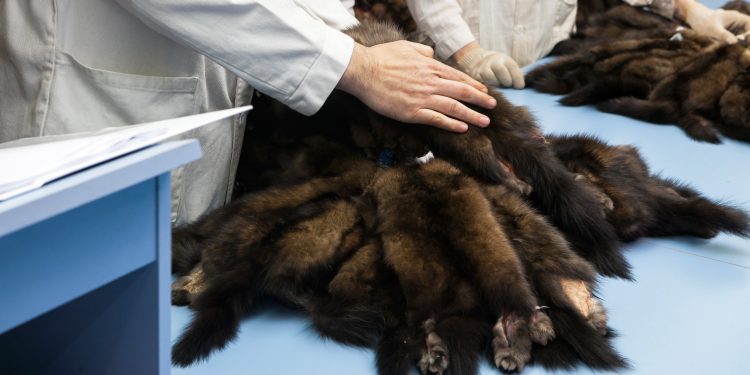 Brussels (Brussels Morning) The EU’s fur industry is facing uncertainty due to the coronavirus pandemic, with Denmark having conducted a mass cull of mink earlier this month in the wake of a mink farm outbreak, BBC reported yesterday, Monday.

Denmark’s Prime Minister Mette Frederiksen announced a mass cull earlier this month after it emerged that coronavirus had swept across about a quarter of Denmark’s 1,000 or so mink farms. Denmark is the largest mink producer in the world, farming approximately 17 million of the animals.

Danish officials have warned that mink farms are a reservoir for coronavirus and as such present a serious health risk for humans, warning that virus mutations found in mink could compromise a future vaccine. Farmers drove thousands of tractors to central Copenhagen on Saturday in protest over the government’s handling of the crisis.

Earlier this month, the Danish government admitted its cull order was not legally founded, with Minister for Food, Fishery and Gender Equality Mogens Jensen resigning last week over the handling of the crisis. While the Danish parliament supports the plan to ban mink farming by 2022, negotiations on compensation for farmers are dragging on.

With approximately 10 million mink culled, Denmark’s fur industry could be wiped out, costing as many as 6,000 jobs. Tage Pedersen, chairman of the Kopenhagen Fur auction house, warned that the move would not only mark the de facto end of Denmark’s fur industry in Denmark but that it would reverberate through whole communities and not just impact the livelihoods of the mink farmers. The auction house announced it would be shutting down over the next two or three years, once stockpiles are sold.

Fur Europe lobby group noted there were 4,350 fur farms in the EU in 2018, with Denmark the largest producer followed by Poland, the Netherlands, Finland, Lithuania and Greece.

International Fur Federation CEO Mark Oaten pointed out that prices have spiked following the cull as concerns arose that shortages could follow. He pointed out that Denmark accounts for approximately a quarter of the world’s mink production.

Associate professor at the Royal Danish Academy of Fine Arts, Else Skjold, warned that closure of mink farms in Denmark could spur investments in the industry in China. He predicted that less regulated farming in other countries would have negative effects on animal welfare.