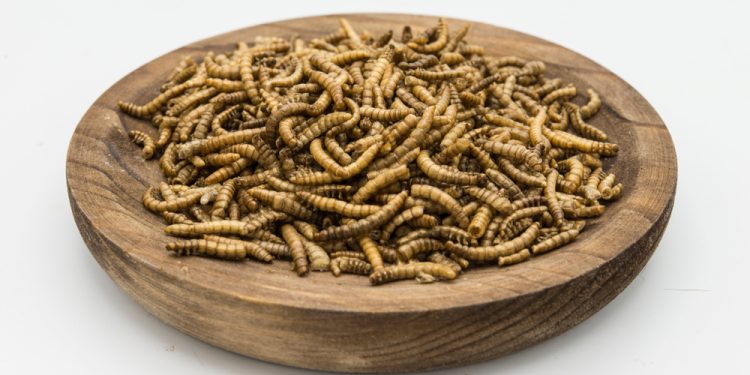 This EFSA approval is the first step in the regulation of the sale of larvae to consumers in the EU and the ruling is EFSA’s first risk assessment of an application for an insect food product.

Ermolaos Ververis, scientific officer at EFSA’s Department of Nutrition, noted that the ruling could open the door to approval at the level of the bloc.

Risk evaluation, he said, is a vital step “in the regulation of novel foods by supporting policy makers in the EU in making science-based decisions and ensuring the safety of consumers.”

Following an application from the French Micronutris edible insect company, EFSA found the Tenebrio molitor larva safe for human consumption both as a whole dried insect and in powder form.

While pointing out more research is needed on possible allergic reactions to the larvae, the food watchdog noted “its main components are protein, fat and fibre.” The EU’s expanding insect farming industry welcomed the decision and hoped approval for sale of mealworms would be in place by mid-2021.

Antoine Hubert, head of the International Platform of Insects for Food and Feed, welcomed EFSA’s decision to approve as “an important milestone towards the wider EU commercialisation of edible insects.”

According to industry predictions, the EU market for insect food products will grow quickly in the coming years, with production expected to reach about 260,000 tonnes by 2030.

The EU food watchdog is also to investigate whether consumption of crickets and grasshoppers is safe, with some insect foods already available in a small number of member states.

While insects are mostly produced for use in animal feed in the EU, about two billion people in Africa, Asia and Latin America eat an estimated 1,000 species of insects.