EU farm animals to be free from cages as of 2023 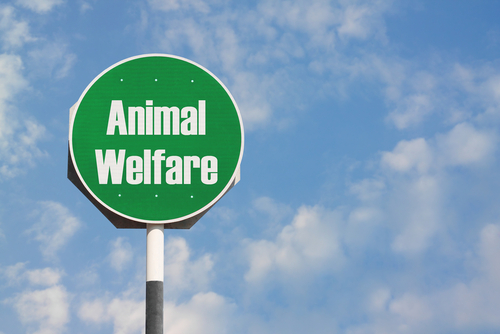 Brussels (Brussels Morning) Caging farm animals in the EU is to be prohibited from 2023, following a citizens’ petition that served as a catalyst for action and the ban announced by the European Commission. The initiative calls for an ethical transition towards sustainable farming, including increased protection of animal welfare.

Over one million EU citizens signed the petition in October 2020, denouncing the fact that hundreds of millions of EU farm animals are kept in cages for most of their lives.

The Commission responded with its announcement today that it considers the issue a matter of “high priority”, fully in line with the EU’s aspirations, as notably spelled out in the Farm to Fork Strategy and the European Green Deal.

“Our commitment is clear: the phasing out of cages for farm animals will be part of our actions under the Farm to Fork Strategy and [should] lead to more sustainable farming and food systems”, Health Commissioner Stella Kyriakides declared.

The animal welfare industry reacted positively to the Commission’s decision, citing it as a “fine example” of the functioning of the EU democratic system.

The revision of EU animal welfare rules in line with the latest scientific advice, while respecting animal health needs, will help deliver on citizens’ expectations for the future of livestock farming”, the Secretary-General of AnimalhealthEurope, Roxane Feller told Brussels Morning.

In responding to the citizens’ demands, the Commission pledged to deliver a legislative proposal to phase out, and finally prohibit, the use of cage systems for all animals mentioned in the petition by 2023.

The new rules will cover the protection of laying hens, sows, calves, rabbits, pullets, layer breeders, quail, ducks and geese. The Commission noted that to help determine the exact conditions in which the use of cages should be prohibited, the European Safety Food Agency has been asked to present the requisite research-based scientific evidence.

“Studies on the impacts for both European farmers and production animals will help guide the transition and clarify where support is needed and what form it should take”, Feller stated.

In parallel to the legislation, the Commission is conducting an economic study to assess the viability of transitioning to cage-free farming. For that purpose, the EU executive will seek specific supporting measures in policy areas, such as trade, research and innovation.

The recently-adopted Common Agricultural Policy is also set to provide financial support and incentives to help farmers upgrade to more animal-friendly facilities in line with the new standards.

The new eco-scheme instrument is considered to have a key role to play in helping farmers transition to the reality of cage-free farming.

By 2022, the Commission will have carried out a public consultation to collect stakeholders’ views and consider the socio-economic and environmental implications of the transition.