EU fails to be a ‘geopolitical actor’ in COVID-19 diplomacy 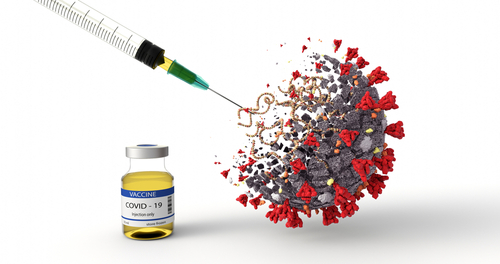 Athens (Brussels Morning) The EU and US have been extending medical and development assistance, particularly in the case of India. While the EU is exporting vaccines to the developing world, however, it is Russia and China that are leading the way in vaccine exports and COVID-19 diplomacy.

Russia has sent vaccines to more than 22 different countries and China, to more than 49 countries so far. For a European Commission that has articulated geopolitical ambition, that is a major failure. But it is a failure in which Brussels is not alone.

Under the Trump Administration, the US failed to push forward with an ambitious vaccination program. The Biden rollout has been progressing impressively with the vaccine rollout and is now following through with a more ambitious foreign aid program, especially in hard-hit India. Similarly, the UK failed to decisively contain the COVID-19 virus but achieved remarkable progress with the vaccination rollout, losing diplomatic gains made by announcing a severe cut in its foreign aid budget from 0.7 to 0.5 of Gross National Income (GNI).

The European Commission decided to pull together the negotiating power and financial resources of its member states. Having poured money into different research projects – University of Oxford and Imperial College (AstraZeneca) BionTech and CureVac (Germany and Sanofi (France) – the idea was to secure privileged access on behalf of member states. Instead, many EU member states saw themsleves undersupplied.

Instead, Sanafi has failed to produce its own vaccine to date, the EU will not renew its contract with AstraZeneca, and has just sealed yet another deal with  Pfizer for 1.8 billion doses, the first and to date the only reliable EU vaccine. This appears to be a case of too little too late.

The Russian-made Sputnik V has not yet been approved by the EU’s European Medicines Agency. What is embarassing is that EU member states are already deploying the vaccine in their national rollouts, particularly in Central and Eastern European Europe, as it is cheaper and more readily available in greater quantities.

Hungary, Slovakia and the Czech Republic are following Serbia in deploying Russian vaccines. Lithuania says that it will not recognise vaccination certificates issued by countries using the Russian vaccine in their rollout but that is not likely to be a gamechanger in the grand scheme of vaccine geopolitics.

Slovakia signed a deal to acquire 2 million doses of the Russian jab, although the purchase was kept secret until this first delivery. When 200,000 doses of Russia’s Sputnik coronavirus vaccine landed in the eastern Slovakian city of Kosice during March, Prime Minsiter Igor Matovic was forced to leave his post because he’d failed to consult his coalition partners.

In a highly complex geopolitical situation, the Ukrainian government was forced to turn to China to secure doses of the Sinovac vaccine. Serbia and other Western Balkan states turned to Russia and China too. There are similar experiences across North Africa.

On 12 February, Algeria was the first to announce that it would receive 40 million doses of the Sputnik V vaccine.

The first shipment was delivered in the beginning of March to Tunisia while Egypt is preparing to produce 40 million doses. The latter has already ordered 20 million doses of China’s Sinopharm vaccine.

Radical US vaccines protectionism — banning the export of stocks originating within its borders — meant that countries such as Morocco could only turn to China and Russia.

Russia’s Sputnik V has dominated not only neighbouring states — Central Asia and Eastern Europe — but also Latin America, beginning with Brazil and Argentina.

At the same time Russian vaccine tours are in high demand to travelers hungry for immunity.

If public outrage emerges in response to the low efficacy of Chinese vaccines, Latin American political elites could end up between a rock and a hard place: damaged international cooperation frameworks and ineffective immunity levels.

At the very least, it is likely that the experience of the pandemic is likely to trigger public investment in biomedical research in emerging economies with the specific objective of national self-reliance and import substitution.