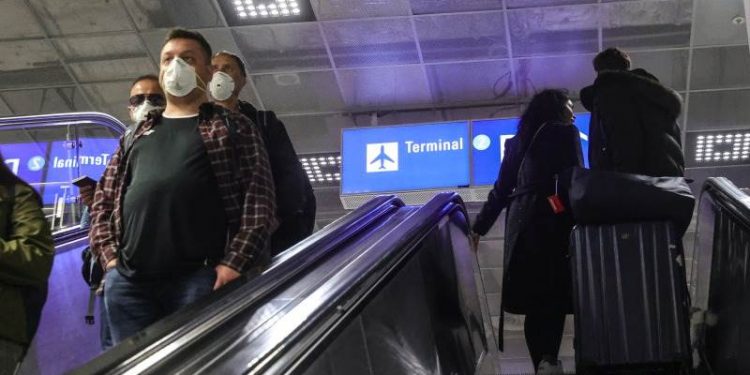 Brussels (Brussels Morning) The Commission is treading carefully this year in its assessment of EU government national budgets, as public finances in all EU member states have been hard hit by the corona outbreak.

All have suffered to varying degrees the effects of increased healthcare expenditures, higher unemployment rates, lower domestic demand and the need to support workers and businesses alike. So far, the deep recession has caused the EU economy to contract by 7.8% this year.

The Commission now estimates recovery will be slower than expected next year, the result of a gap in the economy of about 7% of total GDP lost this year that is not expected to be taken up next year, either.

However, according to Economy Commissioner Paolo Gentiloni, a double dip recession can still be avoided.

”We have a strong recovery in the third quarter of this year but it shows an incomplete and uneven recovery over two years, one coupled with uncertainty and risks”, Gentiloni said in Brussels on Wednesday.

”We know more about the crisis now, how it affects services, and some sectors need strong support.”

For the time being, fiscal support is being maintained to meet public health spending. This year, exceptionally, the Commission will not recommend any cuts in public finances as part of the annual review of EU governments’ draft budgets.

By today’s decision, all budgets are confirmed at EU level and recommendations solely pertain to how to spend public funds more efficiently.

However, the Commission still wants the corona support measures to be temporary only and is not prepared to approve support that might become permanent, as could happen in France and Italy.

”Withdrawal of emergency measures next year could prove difficult”, Gentiloni conceded. ”Further support might be needed.”

The two countries cited in the Commission’s report as being in difficulty are Greece and Romania. Greece has had to opt out of some of the EU-prescribed public sector reforms, due to the coronavirus pandemic in the first half of the year. However, work has picked up again on a number of fundamental reforms in Greece in the last few months.

The EU’s Stability and Growth Pact sets the ratio of government debt to GDP at 60% only, but at the outset of the corona crisis, the EU’s general escape clause allowed governments to raise more debt.

Of the countries with excessive deficits, there is concern about the Romanian economy, which contracted significantly in the first half of the year. The second corona wave clouds the economic outlook and there are fears for the socio-economic consequences.

As one of the worst hit countries, Belgium avoids a so-called deficit procedure because of the exceptional conditions it has experienced due to the corona outbreak. Early in the year, the country was on a path towards an EU intervention as the general government deficit looked about to exceed the 3% of GDP set in the EU treaties for countries in the eurozone.

In the EU’s estimate, Belgium’s economy might contract by as much as 8.4% this year and then grow by 4.5% next year, even though the Belgian government hopes for a rebound at least 2 percentage points higher once domestic demand kicks in again. So far, measures related to handling COVID-19 have cost the equivalent of 3.9% of Belgium’s GDP, with the general government budget deficit expected to soar to 10.7% of GDP.

The Belgian government debt-to-GDP this year is expected to rise to 117.8% of GDP and, according to Commission estimates, should be even higher next year.

Belgium’s corona measures include the cost of temporary unemployment benefit schemes, healthcare costs and income support. Next year, corona spending will increase, as healthcare workers’ salaries will be topped up and also education spending will be higher.

Belgian fiscal sustainability is still a matter of concern to the Commission, but the immediate threat of an Excessive Deficit procedure has receded.

Social problems on the rise

Overall the economic fallout from COVID-19 is still substantial with the negative impact on public finances reflected in levels of poverty in Europe.

The UN Special Rapporteur on extreme poverty and human rights, Olivier De Schutter, has paid close attention to the EU’s budgetary surveillance of its member states, given the dire social impact any EU-mandated budgetary cuts might have.

“The European Union is the most equal region in the world”, De Schutter noted.  “Yet, about 92.4 million people, more than one in five Europeans, were at risk of poverty or social exclusion even before COVID-19 hit.”

The UN Rapporteur EU is especially vigilant about EU policies to improve lives for Europeans facing social exclusion or living under precarious conditions.