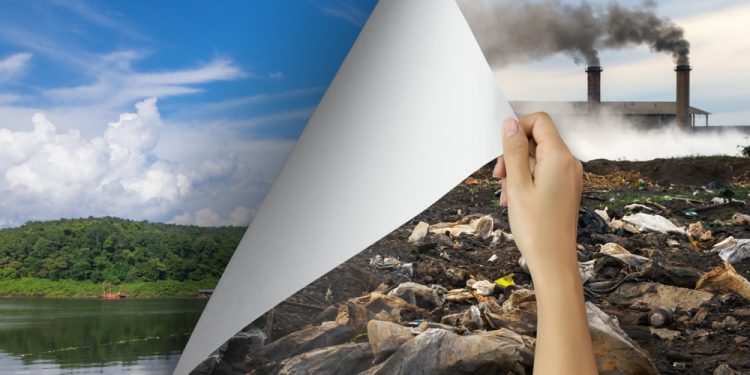 Brussels (Brussels Morning) The EU is looking to reach agreement on more ambitious environmental protection goals this week, ahead of the UN summit slated for 12 December, where the bloc is to announce its targets, Reuters reports.

The dispute with Hungary and Poland over the proposed governance clause linking access to EU funds with adherence to the bloc’s democratic standards has jeopardised the agreement on new climate goals, given that the EU has bundled the clause with its 2021-2027 budget and coronavirus relief fund.

EU member state leaders meet in Brussels tomorrow and Friday to discuss the plan to cut greenhouse gas emissions by 2030 by at least 55% compared to 1990 levels. The bloc’s current environmental goal for 2030 is to reduce emissions by 40%.

The EU seeks to hammer out the new climate goals pact this week to avoid arriving empty-handed at the UN summit where countries will present their latest environmental protection targets. To show up at the summit lacking a more ambitious commitment would undermine the EU’s status as a forerunner in the fight against climate change.

Additionally, the EU had pledged to present new environmental goals this year under the Paris Agreement so a failure to do so would tarnish the bloc’s credibility.

EU officials note that no member state is opposing the proposed 55% reduction in greenhouse emissions. However, they point out that winning over Poland and the Czech Republic, two countries heavily reliant on coal and energy-intensive industries, represents a challenge since these member states want clear guarantees that the EU will support their efforts to cut emissions.

The EU Commission stresses that cutting greenhouse gas emissions by at least 55% from 1990 levels in the coming decade is essential if the bloc is to have a chance of reaching zero net emissions by 2050. Were that goal reached worldwide, global warming would be limited to 1.5 °C above the pre-industrial era, which would limit the impact of climate change.

Meanwhile, the EU Parliament is pursuing a 60% reduction in emissions by 2030 with environmental activists demanding even more, asserting that the EU has an obligation to lead by example.

According to EU estimates, reaching the target will require additional investments in the energy sector of 350 billion euro per year over the next decade.