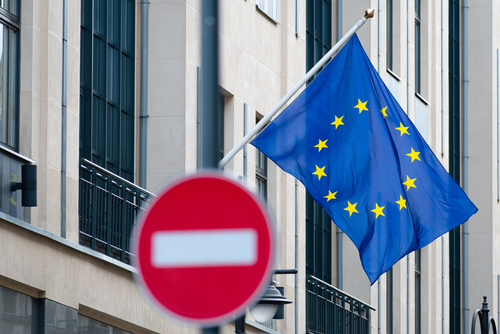 Brussels (Brussels Morning) The EU is looking to strike deals with Tunisia and Libya to reduce the influx of illegal migrants, DW reported on Thursday.

European Commissioner for Home Affairs, Ylva Johansson, told the Italian daily la Repubblica that, in addition to the talks being held with Tunisia and Libya, the EC is discussing plans with EU member states to redistribute the migrants currently in Italy.

“I am in contact with governments to set up a network of voluntary aid, of voluntary redistribution that can help Italy throughout the summer months until we approve the EU reform”, she said in an interview with the newspaper.

Johansson said she hoped the EU would strike a deal with Tunisia, noting that the bloc is prepared to fund Tunisia’s management of its own borders.

“The EU must work with partner countries to reduce irregular departures, manage migration and examine reasons that cause it, particularly the economic consequences of pandemic”, she stressed.

The EU could provide Tunisia with resources to crack down on human traffickers and to “engage in managing the borders, to take back their citizens who have left for Europe and to repatriate foreigners in their country who are not refugees”, she added.

Johansson open to talks with Ddeibeh

Johansson revealed that she is willing to start negotiations with Libya’s Prime Minister Abdul Hamid Dbeibeh on a new migration deal, and believes that an agreement could be reached by December, before the next Libyan general election.

She indicated that the interim government is open to the idea and said she hoped the EU would find common ground with Libya.

According to United Nations High Commissioner for Refugees (UNHCR) data, roughly 23,500 migrants have crossed the Mediterranean so far this year to reach Europe, mostly from Algeria and Tunisia.

UNHCR estimates that more than 630 migrants have died while attempting the crossing in 2021 thus far.