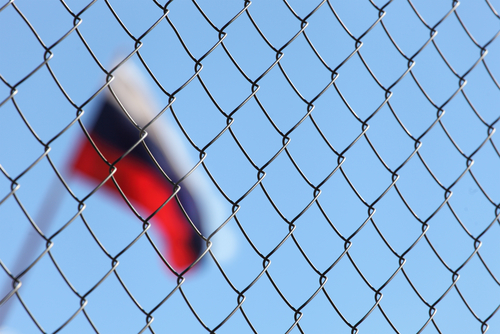 Brussels (Brussels Morning) Russia’s expanding military activity in Ukraine has led the EU to extend economic sanctions against Moscow until 31 January 2022, the Council announced on Monday.

The move was based on decisions by the 24-25 June Council Summit, when EU leaders called on Russia to ensure full implementation of the Minsk Agreements.

Signed in September 2014 by Ukraine, Russia, and the Donetsk and Luhansk regions, the Minsk Agreements have had little effect in delivering peace to the Donbas region of Ukraine, European leaders declared.

With these latest economic sanctions, the EU hopes to weaken Russia’s military capacity and its advance towards European territory.

The sanctions target specific economic sectors of the Russian Federation. They include limiting access to EU primary and secondary capital markets and prohibiting specific types of financial assistance and brokerage facilities for financial institutions in Russia.

As part of efforts to impede the Russian military’s advance, the measures specifically prohibit the direct or indirect import, export or transfer of all defence-related material.

The revised sanctions also establish a ban on dual-use goods for Russian military or military-end users and curtail Moscow’s access to sensitive technologies that can be used in the country’s energy sector, as in oil production and exploration, for example.

“We welcome the Council’s decision to prolong sanctions targeting Russia’s specific economic sectors. This decision was made in light of the fact that the Minsk Agreements aren’t fully implemented by Russia”, Ukraine’s First Deputy Minister of Foreign Affairs, Emine Dzheppar, declared.

Kremlin Spokesman Dmitry Peskov told the Russian News Agency TASS that the EU’s decision to extend the sanctions offered no new prospects for the normalisation of relations between Moscow and Brussels.

Following a phone call with President Vladimir Putin early in June, Council President Charles Michel said EU-Russia relations had reached a “low point” and that this was of benefit to neither side

In a Commission communication on EU-Russia relations released on 16 June, EU High Representative Josep Borrell described a renewed partnership with Moscow as a “distant prospect”.

EU economic sanctions against Moscow were first introduced in July 2014 in response to Russia’s military actions destabilising the situation in Ukraine.

They were reinforced in September 2014, and in March 2015, as the Council agreed to link their duration to the complete implementation of the Minsk agreements.

By way of response, Russia imposed a ban on food imports from the EU.

A Brussels Morning analysis of the effect of the EU sanctions on the Russian defence industry concluded that there is no real consensus as to whether they have helped to deter Moscow’s expansionist activities regarding Europe and its border areas.

This week, MEPs in the Foreign Affairs Committee are to propose a new EU-Russia strategy, which will cover issues ranging from security threats to media freedom.