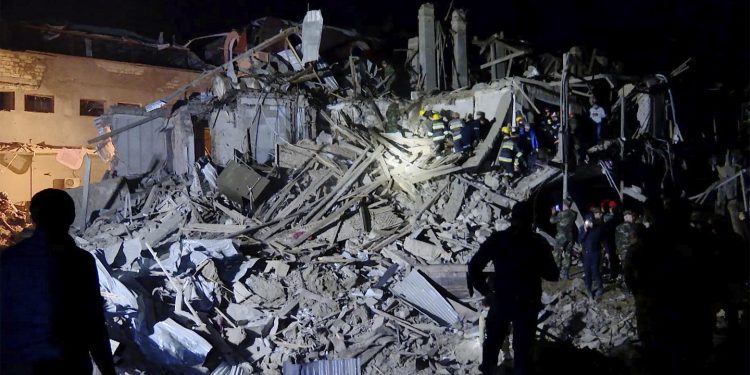 Brussels (Brussels Morning) The Commission has announced an additional €3 million in humanitarian support for civilians in the midst of the conflict in and around Nagorno Karabakh.

This is to top up the €900,000 in EU funds allocated since early October when the hostilities started.

”I welcome the cessation of hostilities, which should prevent further human suffering,” Janez Lenarčič, EU Commissioner for Crisis Management, said today in Brussels.

”Nevertheless, I am extremely concerned about the humanitarian situation of the vulnerable people who are displaced and will have to face harsh winter conditions coupled with the impact of the coronavirus pandemic.”

This emergency support consists of food stuffs, winter items, health support, medical equipment and other essentials to those affected by the fighting in the region.

All EU humanitarian funding is provided in line with the humanitarian principles of humanity, neutrality, impartiality and independence and distributed by EU partners.

Displacement of the population

The military confrontation between Armenia and Azerbaijan began on 27 September and hostilities ceased last week following the the Russia-brokered ceasefire.

It was the most serious escalation of the conflict in the last 25 years. Various violations of International Humanitarian Law were reported, according to EU sources, including alleged targeting of civilian infrastructure and the use of banned cluster munitions.

The conflict resulted in hundreds of people killed and thousands wounded, including many civilians.

The clashes have also caused significant displacement of the civilian population due to heavy shelling.

The EU is in regular contact with the humanitarian partners on the ground to coordinate the response. The aid is delivered by the International Federation of Red Cross and Red Crescent Societies, the Red Cross of Armenia and Red Crescent of Azerbaijan.

Food packages, blankets and hygiene items are urgently needed among the civilian population.