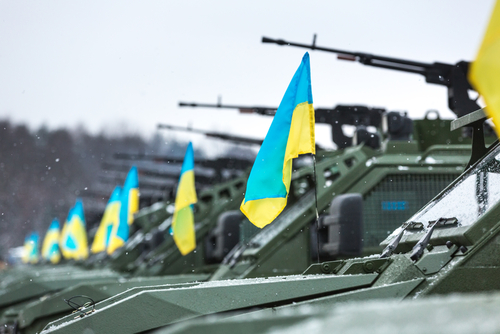 Brussels (Brussels Morning) EU foreign ministers discussed the bloc’s response to escalating tensions over Russia’s growing military presence at its border with Ukraine when they met in virtual conference on Monday, DW reported.

Before the conference got underway, Josep Borrell, High Representative of the EU for Foreign Affairs and Security Policy, noted that “relations with Russia are not improving, but the contrary; the tension is increasing in different fronts”.

Pointing to the Russian military build-up in annexed Crimea and along the Ukrainian border, he called on Moscow to withdraw the troops.

With “more than 150,000 Russian troops” deployed in the volatile area, Borrell warned that “the risk of further escalation is evident”.

A statement released later estimated the number of troops as greater than 100,000, while Ukrainian Defence Minister Andriy Taran placed the figure at 110,000.

The Foreign Minister of Ukraine, Dmytro Kuleba, called on the EU to impose sectoral sanctions against Russia, noting after the conference that he had proposed “a step-by-step plan on how to discourage Moscow from further escalation.”

He maintained that narrowly targeted sanctions were insufficient and reiterated that the bloc should target sectors of the Russian economy instead.

Ukraine’s President Volodymyr Zelensky called on the West to help, citing the largest build-up of Russian troops on the Ukrainian border since 2014.

On Sunday, France’s President Emmanuel Macron stated that it was important to draw “clear red lines” with Moscow but he also made clear that maintaining dialogue with Russia was essential.

Last week, German Chancellor Angela Merkel’s spokesman Steffen Seibert noted that that Merkel and US President Joe Biden had agreed on the need to urge Russia to deescalate the situation.

While Ukraine and the West say Russia is supporting separatists in eastern Ukraine with troops and arms, Moscow denies the accusations.