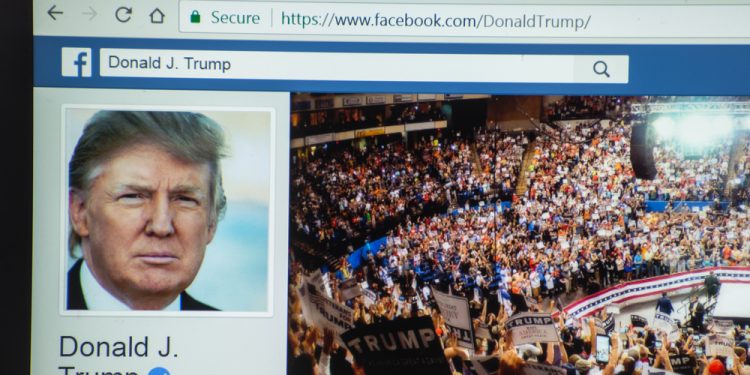 Brussels (Brussels Morning) The EU has censured US technology giants after Twitter’s decision to ban outgoing US President Donald Trump on its platform, sparking consternation in the EU and reigniting the debate on social media regulation, as reported by RFI Monday.

A spokesperson for Angela Merkel, Steffen Siebert, said the German Chancellor described the move as “problematic”.

“It is possible to intervene in the freedom of expression, but in accordance with limits defined by the legislator, and not through a decision by company management”, he stressed.

Russian opposition politician Alexei Navalny, recovering from an assassination attempt in Germany, denounced the move as “an unacceptable act of censorship” and pointed out it was based on emotions and political preferences.

Navalny rejected the claim Trump was banned for violating Twitter’s rules, saying as he receives death threats through the network daily without intervention by the micro-blogging site.

“Regulation of digital giants cannot be done by the digital oligarchy itself”, said French minister of the economy and finance, Bruno Le Maire, in an interview with France Inter.

Meanwhile, digital law expert Florence G’sell said that social media platforms are profiting greatly from the polarisation, stressing the need to rein in the tech giants through EU and US legislation.

European Commissioner for Internal Market Thierry Breton described the banning in an interview with Politico as “the 9/11 moment of social media”.

“The fact that a CEO can pull the plug on POTUS’s loudspeaker without any checks and balances is perplexing”, he warned and concluded the ban is “not only confirmation of the power of these platforms, but it also displays deep weaknesses in the way our society is organized in the digital space”.

American Civil Liberties Union senior legislative counsel Kate Ruane warned that “it should concern everyone when companies like Facebook and Twitter wield the unchecked power to remove people from platforms that have become indispensable for the speech of billions”.

Investors reacted to the move critically, with Twitter stock dropping 12% on Monday. Other tech giants have similarly censored Trump, with Facebook stock falling close to 4% and that of Google’s parent company Alphabet dropping around 2%.

US tech giants have been repeatedly accused of wielding too much power over communication and there have been repeated calls for regulation. Section 230 of the US Communications Decency Act have purportedly afforded refuge to the companies allowing them to editorialise users’ content without bearing responsibility for it.

Apple, Alphabet and Amazon have all come out against Twitter as well as Facebook competitor Parler, refusing to host its app on their platforms.