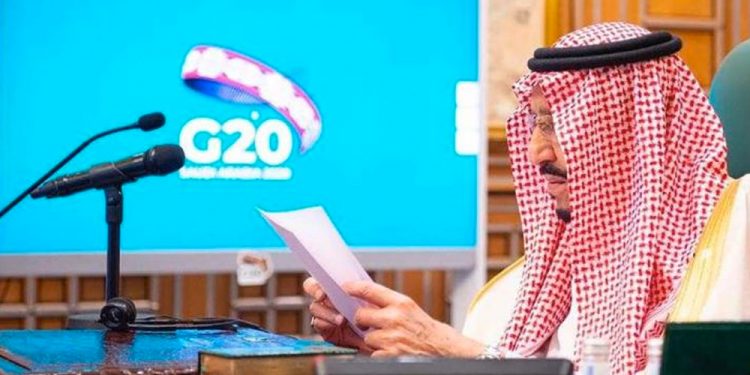 Brussels (Brussels Morning) The EU Commission and the EU Council have defended the decision to attend the G20 summit in Riyadh in the face of the EU Parliament’s call that the bloc downgrade its level of representation at the summit because of Saudi Arabia’s human rights abuses, DW reported Saturday.

In one of the Parliament’s most strongly worded messages to date, MEPs, on what was the second anniversary of the killing of the Saudi dissident journalist Jamal Khashoggi, last month criticised Saudi Arabia’s human rights record, called on EU Commission President Ursula von der Leyen and EU Council President Charles Michel not to attend the Riyadh virtual summit.

The two have ignored the calls, opting to participate in the summit which started on Saturday, while sending a letter to the EU Parliament the same day in defence of their decision. Both von der Leyen and Michel asserted the summit was “a key forum to discuss and coordinate with the largest world economies the major global challenges we face.”

Global coordination is important now, they noted, with the world facing one of the worst crises thus far caused by the response to the coronavirus pandemic.

In the letter, the two argued that attending the Riyadh summit was not an endorsement of Saudi Arabia’s policies and asserted that “promotion and protection of human rights are at the core of the EU’s engagement with Saudi Arabia.”

They noted that the bloc’s talks with relevant Saudi institutions wold focus on the absence or lack of women’s rights, human rights defenders and activists and on the importance of ensuring accountability for Khashoggi’s murder.

Von der Leyen and Michel wrote that they wanted to intensify dialogue on human rights topics with Saudi Arabia, in order to mirror the progress the country has made in recent years. The two claimed they would continue keeping a close eye on Saudi Arabia’s progress in coordination with EU Special Representative for Human Rights Eamon Gilmore and relevant stakeholders.

An unnamed foreign policy expert in the EU Parliament claimed the letter served to show the chasm between the EU Commission and the EU Council on one side and the EU Parliament on the other, adding that yet again the elected body again showed itself to be more representative of the public’s views.

Delegation for relations with the Arab Peninsula vice chair, MEP Marc Tarabella, warned that some EU institutions were ignoring Saudi Arabia’s human rights abuses. The EU Commission and the EU Council had tarnished the EU’s reputation as an entity at one with and coherent with its proclaimed values, he concluded.