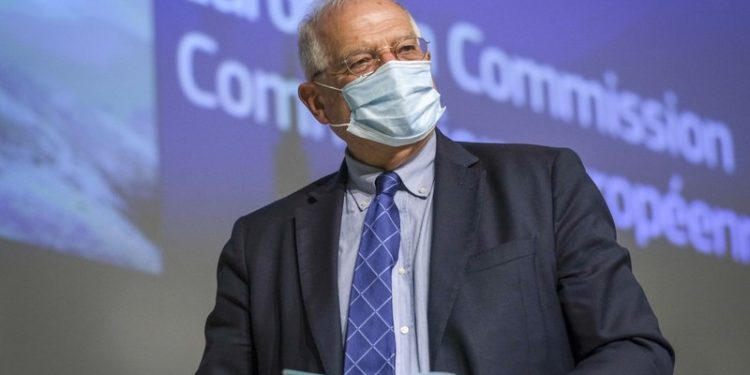 Brussels (Brussels Morning) Germany and the EU have criticised China over the dismissal of a number of pro-democracy opposition members from the Hong Kong city assembly, Reuters reported on Wednesday.

The German Foreign Ministry pointed out that the decision to remove four pro-democracy members of the opposition from the Legislative Council of Hong Kong was the latest move in a deeply worrying trend aimed at eroding freedom of expression and pluralism. The Ministry said the citizens of Hong Kong have the right to free and fair elections as well as the freedoms and rights enshrined in the Hong Kong Basic Law.

The Ministry stressed the importance of respecting those rights and Hong Kong’s autonomy, noting that China had made a commitment to do so before the international community. Hong Kong authorities should set a new date for the postponed Legislative Council elections and should do so as soon as possible, the Ministry stated.

Before the dismissals, China had adopted regulations allowing the Chief Executive of Hong Kong to remove lawmakers considered to be advocates of Hong Kong independence, or a threat to national security or in collusion with foreign forces, without need to seek recourse to the courts.

Shortly after the new measures were introduced, the Hong Kong government announced the removal of four assembly members who were prevented from running for re-election because authorities questioned the sincerity of their pledge of allegiance to Hong Kong.

The German Foreign Ministry did not comment on possible consequences such as summoning Chinese Ambassador to Germany Shi Mingde or imposing sanctions against the country. China is one of Germany’s most important export markets, especially for the German automobile industry.

In a further move, on Wednesday, pro-democracy opposition legislators in Hong Kong announced their mass resignation in protest at the removal of their colleagues.

Yesterday, Thursday, the EU called on China to reverse the new regulations that allow the Chief Executive of Hong Kong to disqualify elected lawmakers, warning that the rules present a severe blow to the autonomy of Hong Kong. The EU statement stressed that the “latest arbitrary decision from Beijing further significantly undermines Hong Kong’s autonomy under the ‘One Country, Two Systems’ principle.”

The EU pointed out that new regulations undermine political pluralism and freedom of expression in Hong Kong. The bloc called for the immediate reversal of the decisions instigated by Beijing and the Hong Kong government, and urged that the four Legislative Council members should be reinstated.