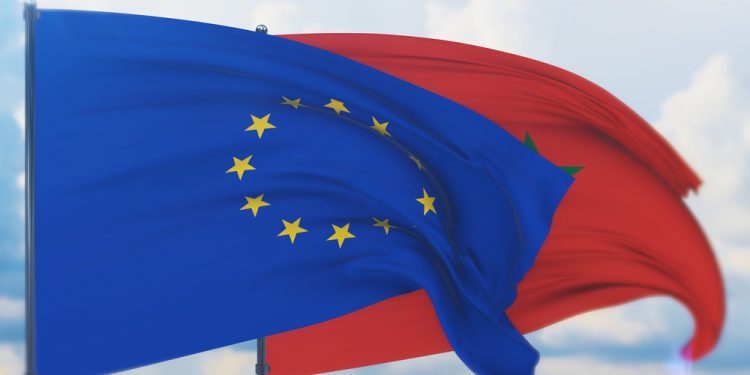 Brussels (Brussels Morning)  On their first trip outside the EU since the corona crisis struck, Commissioners Ylva Johansson and Olivier Várhely visited Morocco on 1-2 December to renew the country’s partnership with the EU.

“Our approach is that migration is normal but we need to manage migration together. And we do that best in a close partnership,” Commissioner Johansson said. “Morocco is facing a lot of challenges that we need to tackle together. My role is to listen and learn of Morocco’s experience.

Morocco is a transit country for migrants from African countries heading to the Moroccan coast to embark on perilous journeys, often across the Mediterranean but increasingly also in attempts to reach the Canary Islands. Last week, the Spanish government announced that it was setting up emergency camps for another 7,000 new arrivals on the islands.

“I appreciate all the efforts that Morocco takes to manage migration. I think many aspects of it works very well. But we have challenges now with people coming to the Canary Islands. We have seen that in these last months”, Commissioner Johansson lamented.  “Some 19,000 migrants entered the Canary Islands in the last few months and it seems about half of them are Moroccan citizens,” she continued.

The increase in migrants landing in the Canaries is ten-fold compared to a year ago. The Commissioners came with a proposal that that ineligable migrants landing on European shores would be accepted in return by Morocco. The EU’s new migration pact builds on swift return of those not granted asylum in the future.

“We discussed today the importance of readmission, so that people who arrive irregularly should be returned as quickly as possible,” Johansson told a press conference in Rabat.

During the visit that wraps up today, Wednesday, Commissioner Johansson was given a tour of an institute for training imams and today she heads to Tangier to learn about border management in the area. She also has visited EU projects on skills promotion and integration of migrants. Much of EU-Morocco cooperation centres on the environment and on migration.

“Morocco is a partner in handling this problem of irregular migration. Migration is also a problem in Morocco, both regarding security and the economy. We will facilitate a solution,” Commissioner for Neighbourhood Policy Olivier Várhely stated at a press conference in the Moroccan capital.

Morocco’s government looks to the EU for attracting investors and for building up the economy, in return for its support in helping stem migration. Central to the Commissioners’ visit was planning for the era after corona. The country has been especially hard hit by having to close down its tourism industry.

“Our partnership is one of solidarity in both directions. It has manifested itself in our response to the challenges posed by the COVID-19 pandemic, whether through the mobilisation of Moroccan productive sectors in support of European value chains, or the mobilisation of European funds in support of Morocco’s efforts,” Morocco’s Foreign Affairs Minister Nasser Bourita declared.

Corona cases in the country number in the hundreds of thousands. Health authorities report far greater numbers of recovered patients than new cases and despite 69 corona-related deaths this week, the fatality rate stands at 1.6% in Morocco.