by Ivan Fischer
in Commission, Europe 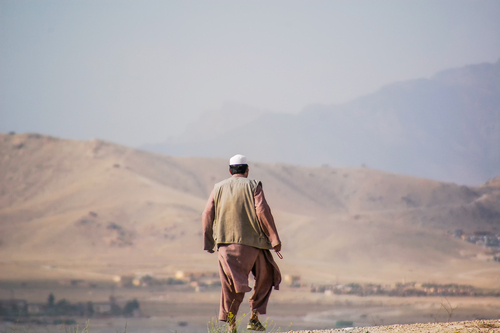 Brussels (Brussels Morning) Germany and the Netherlands suddenly reversed their policies on deportations to Afghanistan, just days after warning the European Commission against ending the practice, as US intelligence warns that Taliban insurgents could overrun the country’s capital within the next 90 days.

Six EU countries (Germany, the Netherlands, Belgium, Austria, Denmark and Greece) sent a letter to the Commission last week, urging the executive not to ban the practice of repatriating Afghan nationals despite the rapidly worsening security situation in their homeland,

Earlier this month, Germany’s Interior Minister Horst Seehofer went on record refusing to end the practice, planning to further strengthen initiatives that would support voluntary departure for Afghan nationals from Germany, a move that drew harsh criticism from rights groups and the German Greens.

Both Berlin and The Hague reversed their policies on Wednesday in response to the latest Taliban advances in Afghanistan. The German Interior Ministry announced its decision on Twitter within hours of a news conference where the government defended its decision to proceed with the deportations.

In the Netherlands, deputy Justice Minister Ankie Broekers-Knol wrote to the Dutch parliament on Wednesday, saying the government had initially planned to update its policy on deportations to Afghanistan in October, but had decided to revise its policy now in light of the recent developments in the country.

The majority of NATO troops have already withdrawn from Afghanistan. Remaining US troops and equipment are scheduled to depart by 11 September, the 20th anniversary of the terrorist attack on the World Trade Centre and the Pentagon.

The latest US intelligence analysis predicts the Taliban could encircle the capital of Kabul, located just 150 kilometres from Ghazni, within 30 days. According to the same analysis, the capital could be overrun and captured within as little as 90 days, since the strength of the Taliban advance so far has exceeded all prior expectations.