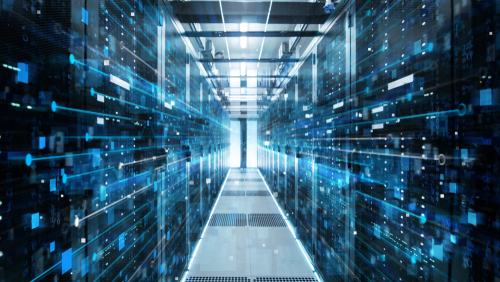 Brussels (Brussels Morning) EU countries agreed today on the financing of supercomputers and quantum computers, paving the way for the development of Europe’s next generation of digital technologies.

Under the EU’s draft regulation for the revamped European High Performance Computing (EuroHPC) joint undertaking, the EU’s multiannual financial framework for 2021-2027 will allow the public-private partnership to benefit from EU funding from Horizon Europe, Digital Europe and the Connecting Europe Facility.

“Our transition to a digital economy depends on supercomputers and quantum computing”, the Council announced.

“I believe that this consensus proves that we Europeans are very conscious of the importance of supercomputers and quantum computing for our future”, Graça Carvalho told Brussels Morning.

The EuroHPC joint undertaking was launched in 2018, the intention being to pool resources from the EU and 32 participating countries.

In September 2020, the Commission announced investments on quantum computers and supercomputers in two distinct initiatives, the High-Performance Computing (HPC) and Connectivity.

In today’s agreement, the Council spelled out some changes to the Commission’s proposal, providing “legal clarity and predictability” on the financial contributions aligned with Horizon Europe.

The Council also agreed on a coordination mechanism, in compliance with Horizon Europe, for the central management of financial contributions, and ascribed a veto right to participating states in regard to use of their national contributions for beneficiaries established in their countries.

On May 3, the EuroHPC joint undertaking inaugurated its headquarters in Luxembourg.

The EuroHPC’s goal is to place the EU among world leaders in supercomputing and within the digital quantum realm by developing and deploying secure and hyper-connected supercomputers, quantum computing, service and data infrastructure ecosystem.

“It is important to say that the supercomputers and the data processing capabilities we will get from them are just one element in an ecosystem of excellence we need to build around them”, Graça Carvalho informed Brussels Morning.

Strong commitment to research and innovation activities, investing in skills and training for the population and regaining manufacturing capabilities such as microprocessors are some of the steps required in order to fully benefit from supercomputing, the MEP added.

“Supercomputers and quantum computing are the engines that power the data economy, harnessing technologies such as artificial intelligence, data analytics and cybersecurity to deliver applications that will lead to breakthroughs in key areas such as health and climate change”, Manuel Heitor, Portuguese Minister for Science and Technology, declared, speaking on behalf of the Council.

In the EU, the hosting sites for the supercomputers will be in Sofia (Bulgaria), Ostrava (Czech Republic), Kajaani (Finland), Bologna (Italy), Bissen (Luxembourg), Minho (Portugal), Maribor (Slovenia), and Barcelona (Spain).

Three of the computers will rank among the five most powerful of their kind in the world and the other five will rate in the world’s top 50.