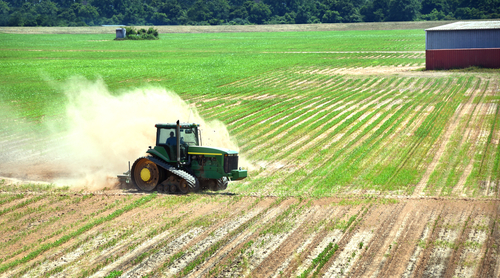 Speaking at the meeting of EU ministers of agriculture where the new deal was approved, EU Commissioner for Agriculture, Janusz Wojciechowski, described it as “essential to ensure that this CAP enables the transition towards sustainable agriculture“.

Agriculture is facing the impact of climate change and is under pressure to become greener. Environmentalists have been pointing out how the sector accounts for approximately 10% of the EU’s greenhouse gas emissions and how it jeopardises natural habitats in the bloc.

While terms of the agreement do not define eco-schemes, the European Commission is to assess whether member states’ proposed plans for absorbing CAP funds are in line with relevant EU regulations and environmental targets.

The European Parliament, which wanted to divert more money towards eco-schemes and impose additional restrictions on subsidies for large companies, is to vote on the agreement later this year.

Environmental activists have been critical of some of the reforms, stressing that important protective measures are either voluntary or too weak.

For example, while EU member states have to provide at least 10% of CAP subsidies to smaller farms, they can side-step this requirement by using different methods to distribute the money.

The deal also includes a crisis fund worth 450 million euro for emergencies such as the coronavirus pandemic which disrupt agricultural markets.