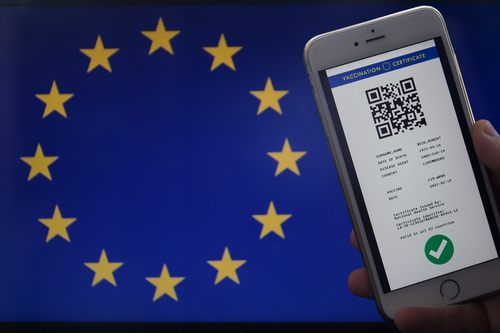 Discussing the European Commission proposal that was raised on 3 May to ease the criteria for determining safe countries and allowing EU entry for fully vaccinated tourists from any country, the ambassadors from the 27 member states concurred with the EC plans, although they have set the criteria somewhat higher than originally planned.

Currently, the main criterion for designating a country as a safe point of origin is the number of reported COVID-19 cases that have been reported in the previous 14 days, with the limit having been set at a maximum of 25 infections per 100,000 residents. Additional criteria check whether the country in question is performing a sufficient number of tests for the figures to be credible, and whether the trend is increasing or decreasing.

The revised proposal from the Commission would up the limit to 100 cases per 100,000 residents, whereas the 27 ambassadors agreed on 75 as the future limit. Vaccinated visitors from countries not recognised as safe will have to show proof of vaccination with an EU-approved vaccine before being granted the right to enter.

A new list to be compiled this week or early next week, adds the UK and a number of other countries to the existing, very short list of seven countries, that includes Australia, Israel and Singapore. The United States will likely remain off the list, though vaccinated Americans will be welcome.

The new rules also include an emergency brake, which can be used to limit the risk of new variants entering the EU. The presence of the Indian variant in the UK has already raised some concerns among the diplomats.