EU Council steps up protection for work with dangerous substances 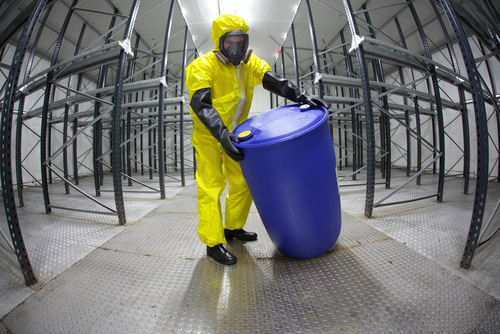 EU Council steps up protection for work with dangerous substances

Brussels (Brussels Morning) The EU Council presidency and the European Parliament have agreed to increase worker protection from dangerous substances.

According to the provisional agreement, the bloc will update the directive on carcinogens and mutagens to better protect workers from exposure to such substances, according to the Council’s press report today.

Under the provisional deal, workers will enjoy greater protection from risks related to exposure to acrylonitrile, nickel compounds and benzene. New rules are to set exposure limits for the first two and lower the limit for exposure to benzene.

In addition, the EP and the Council have reached an agreement to broaden the scope of the directive to include reproductively toxic (reprotoxic) chemicals as they interfere with the reproductive system.

Janez Cigler Kralj, Slovenia’s Minister of Labour, Family, Social Affairs and Equal Opportunities, noted that “the EU is taking another step to keep workers safe from substances which may lead to cancer or other illnesses.”

The new rules, he said, would “reduce exposure to cancer-causing chemicals for an estimated one million workers.”

According to the agreement between the Council and the EP, reprotoxic substances will be covered by the directive on carcinogens and mutagens, and the directive will be renamed to reflect this.

Exposure limits to be tightened

As part of the move, exposure limits for 12 reprotoxic substances set in a different EU law will be subject to the stricter directive on carcinogens and mutagens.

The two bodies have agreed that the European Commission should draw up guidelines for training workers who are exposed to toxic substances, monitoring and surveillance. This includes hazardous medical products that can cause health issues for healthcare workers who handle and administer them.

The EC proposed an update to the directive on carcinogens and mutagens in September last year and the EU Council supported the move at the end of November a year ago.

The new agreement between Council and EP is to be examined by the Committee of Permanent Representatives, with formal votes in the Council and the EP to follow thereafter.

The EC points out that more than one million EU workers are exposed to carcinogenic and mutagenic compounds, noting  that more than half of annual occupational deaths in the bloc are due to cancer.