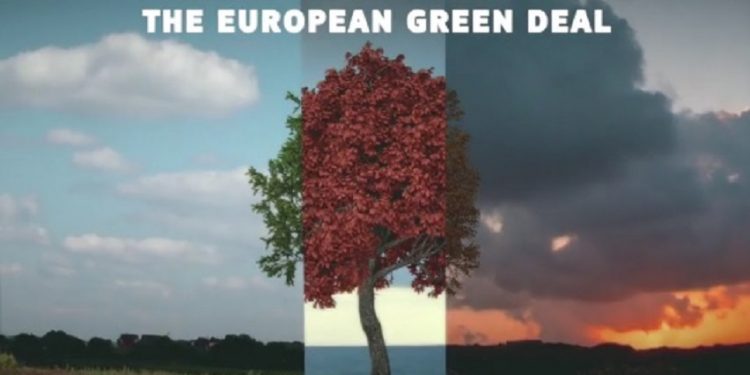 Belgium, (Brussels Morning Newspaper) EU Council President Charles Michel stressed the importance of the green push ahead of the G7 meeting in Germany.

He pointed out that G7 leaders would discuss the urgency of tackling climate change issues, which present challenges and opportunities, the Council noted in a statement on Sunday.

“The EU is a global leader in tackling climate change,” Michel stressed and added, “we are fully committed to the Paris Agreement and to becoming the first climate-neutral continent by 2050.”

He announced that G7 will discuss Germany’s Climate Club proposal, which is aimed at limiting carbon emissions and supporting the Paris Agreement.

“We also aim to decarbonize industry… we are ready to engage on ‘Just Energy Transition Partnerships’ with countries that are prepared to take real action on decarbonizing their industry and energy sectors,” Michel added.

Commenting on the war in Ukraine, Michel stressed that it “has put the world at risk” by jeopardizing energy and food supplies.

He stated that the G7 “responded with unwavering unity and have adopted a 2-track approach involving support for Ukraine and the imposition of sanctions on Russia.”

According to Michel, the EU’s sanctions-hit Russia hard and limited its ability to wage war. He pointed out that the EU and G7 want to bring “Russia’s war machine to a halt while protecting our economies and those of our partners.”

He added that food security is a growing concern and accused Russia of “using food as a silent weapon of war,” stressing the importance of countering “Russia’s propaganda and actions in the area of food and fertilizer prices.”

Michel stated that Russia’s policies are driving up food prices, “causing huge suffering in the poorest countries and among low-income households,” and pointed out that food needs to be made available to people in need.

He pointed out that the EU is working on solutions to the Ukrainian grain blockade and supports the UN’s efforts aimed at reopening maritime routes.

Commenting on jeopardized energy security, Michel noted that the war in Ukraine “has further destabilized energy markets” and reminded that the EU decided to wean itself off Russian energy imports.

He concluded that the bloc plans to achieve this by investing in renewables, diversifying supply, and promoting energy efficiency.