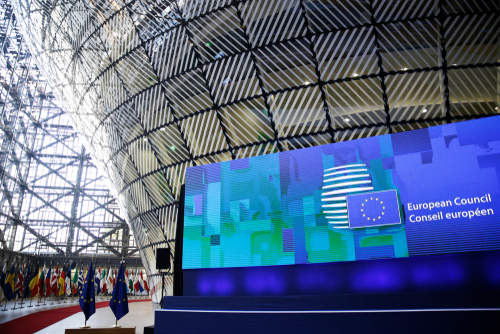 “The downwards trend in EU-Russia relations can only change if Russia stops disruptive behaviour”, Michel wrote on Twitter, having conveyed the unanimous position of European leaders to the Russian President.

According to the official readout of the call, Michel informed Putin that the EU27 leaders condemned “the illegal, provocative and disruptive Russian activities against the EU, its member states and others”.

Michel and Putin discussed Ukraine, with the Council President emphasising the EU’s support for the territorial integrity of Russia’s western neighbour. Michel and Putin also talked about recent developments in Belarus, including the forced landing of a Ryanair flight which was carried out in order to arrest a dissident journalist and his companion.

The Kremlin, Reuters reported, put the blame for the deterioration in relations squarely on Brussels. Putin reportedly said that the bilateral relations cannot be considered satisfactory, despite the fact that Moscow and the EU remain major trade and investment partners.

“It was noted that the return to cooperation in a pragmatic and respectful way would be in the mutual interests”, the Kremlin stated in its official comment on the call. Despite EU calls for Moscow to support a peaceful resolution of the Belarus crisis, Putin told Michel that sanctions against Minsk were counter-productive.
The EU reacted vigorously to the forced landing of the commercial plane and closed off its skies to Belarus planes, while calling on all European carriers to avoid Belarus airspace in the future. . EU leaders also announced the bloc will introduce further sanctions against the persons responsible for the landing of the plane.