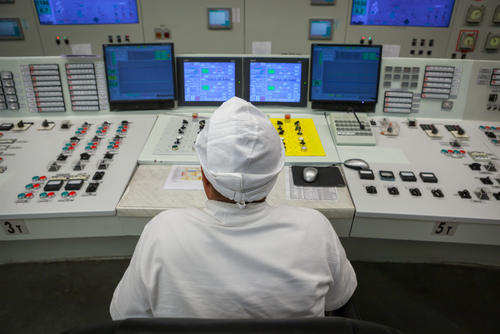 The monitoring of a nuclear powerplant

Belgium, (Brussels Morning Newspaper) The EU Council has expanded sanctions against Russia and North Korea over annexation of Crimea and development of nuclear programme, respectively.

The body imposed sanctions on two businessmen for their role in the annexation of Crimea – Ukrainian national Serhiy Kurchenko and Russian national Yevgeniy Prigozhin, the body noted in a statement on Thursday.

“Kurchenko strengthened the independent power supplies of the Crimean peninsula,” the Council noted and added “he also owns the largest oil depot on the Crimean Peninsula.”

Prigozhin has close ties to Russian President Vladimir Putin and the Defence Ministry, “he is the founder and unofficial head of the Wagner Group, a Russia-based unincorporated military entity, responsible for the deployment of Wagner Group mercenaries in Ukraine.”

The Council stressed that some of Prigozhin’s companies “have been benefitting from large public contracts with the Russian Ministry of Defence following the illegal annexation of Crimea by Russia and occupation of eastern Ukraine by Russia-backed separatists.”

The body pointed out that the bloc’s sanctions list for undermining territorial integrity of Ukraine now includes 1,093 individuals and 80 entities. The people and entities on the list are subject to travel bans and asset freezes.

Also on Thursday, the EU Council imposed sanctions on four entities and eight individuals from North Korea “who have held leading positions in institutions that are engaged in the development of the missile programme and individuals and entities that have engaged in sanctions evasion activities that could generate funds for the illegal weapons programmes.”

The body stressed that the EU wants to prevent “flow of components, finance and knowledge” that could help North Korea to develop its weapons programmes.

It called on the country to resume talks with relevant parties, stop destabilising actions and respect international law.

The Council reminded that the EU imposed sanctions on North Korea in response to the country’s activities aimed at developing ballistic and nuclear programmes, which are in violation of UN Security Council’s resolutions.

It concluded that the EU adopted UN’s sanctions and implemented its own measures to reinforce and complement those of the UN, noting that relevant legal acts will be published in the Official Journal of the EU.