EU Council, EP agree to extend use of vaccine pass 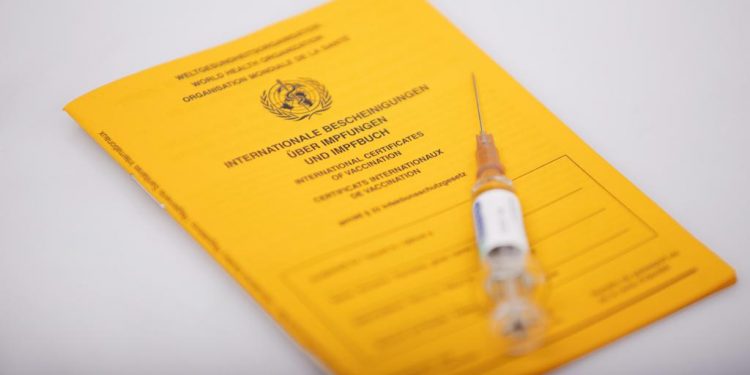 Belgium, (Brussels Morning Newspaper) European Council and EU Parliament reached provisional agreement to extend the use of vaccine passes by one year.

The European Commission reminded in a statement released on Monday that it proposed the move and added that the documents are to stay in use until the end of June next year.

European Commissioner for Justice Didier Reynders noted that “since the beginning of the COVID-19 pandemic, we have seen the situation evolve constantly and so have our tools.”

He reminded that EU authorities issued more than 1.8 million vaccine passes and asserted that the documents have been “a key instrument to help us through the changing tides.”

Reynders stated that the EC is “committed to a return to unrestricted free movement, and we welcome the decision taken by some member states to lift all travel restrictions, including the presentation of a COVID certificate.”

He expressed belief that extending the use of the document will “continue to facilitate free and safe travel,” stressing that it will allow bloc members to restrict freedom of movement if the need arises.

Besides extending the period of use, EU Council and EP also agreed to implement changes to the system with the aim of making the documents more accessible to the citizens, the EC noted.

The body pointed out that, according to planned changes, the system will recognise more types of tests and participation in clinical trials.

The Commission added that it will release a report on the vaccine pass by the end of the year and noted that it could propose to shorten the period of use, depending on epidemiological trends.

It reminded that the documents were introduced roughly one year ago for a period of one year, adding that introduction of vaccine passes “is a success story for the EU.”

The documents facilitated travel across the EU, the Commission stated and pointed out that member states issued more than 1.8 billion passes in approximately one year of use.

It stressed that the EU system “set a global standard for international travel” and concluded that holders of the document “should in principle not be subject to any additional restrictions when travelling within the EU.”