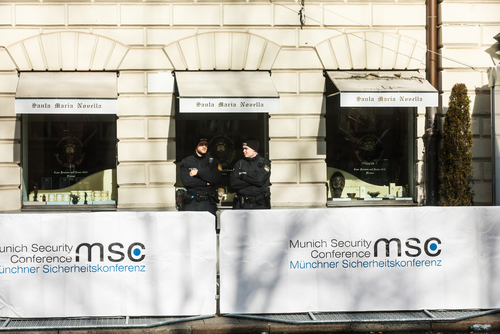 Belgium, (Brussels Morning Newspaper) EU Council President Charles Michel says the West is unified on the situation in Ukraine and in its approach to Russia. Speaking at the Munich Security Conference, he emphasised how the EU is “fully united” on the issue with its strategic partners and transatlantic allies.

“This is the paradox of the Kremlin’s actions… they hoped to sow division, to weaken our alliance, to divide us,” Michel noted, when “in fact, they have done exactly the opposite… our unity has been cemented, both within the EU and across the Atlantic.”

He doubted that Russia was interested in dialogue, citing Moscow’s continuing deployment of troops near the border with Ukraine.

Michel reiterated the EU’s support for Ukraine, “its sovereignty, its territorial integrity and its democracy”, stressing that Ukrainians chose democracy.

“But this democratic choice is perceived by the Kremlin as an existential threat due to its potential spill-over effect in the entire region”, he opined. “The Russian goal of weakening Western and European support for Ukraine is a miscalculation because it only galvanises our resolve.”

In reminding that the EU had provided Ukraine with 1.2 billion euro in aid, Michel stated that he was proposing an international donors’ conference “to shore up the macro-economic stability of Ukraine and to support their economic reforms.”

He pointed out that the EU had decided to strengthen its global position during the coronavirus crisis, calling it “one of the three major economies and trading blocs in the world.”

“To shore up our economies we took a historic leap, adopting a massive recovery plan financed by common borrowing”, he said. “In my view, one of the most important decisions the EU has taken in the last decade is this budgetary and recovery funds decision: politically, economically, but also geopolitically.”

Michel stressed how important it was that the EU become less dependent if it is to exert greater influence, concluding that “the pandemic has shed light on our strategic dependencies, which is why Commissioner Thierry Breton has just set out a plan to boost EU production of microchips, for instance, and reduce our dependency on foreign suppliers.”