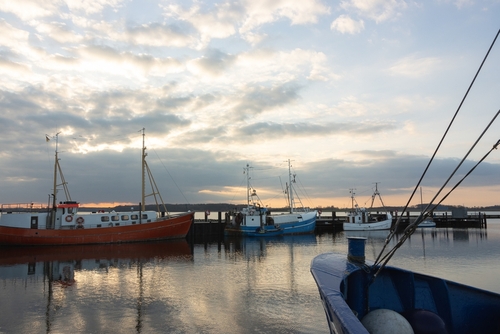 Fishing vessels fleet at the harbor

Brussels (Brussels Morning) The EU Council has approved a 2022 fishing agreement between the bloc and the UK on fishing rights in the North Sea and the Atlantic Ocean.

The deal sets out fishing rights for roughly 100 shared fish stocks in UK and EU waters, and the maximum catch limits for each species, according to a press release issuede today.

Earlier this month, EU agriculture ministers set provisional limits for each species for shared fish stocks, which will now be amended according to the new figures.

“The successful conclusion of this year’s consultations on shared fish stocks sets a good precedent for future negotiations with the UK”, Jože Podgoršek, Slovenia’s Minister of Agriculture, Forestry and Food, noted.

“Thanks to good will and a constructive approach on both sides, we were able to reach an agreement that provides certainty for EU fishermen and women going forward”, he said.

The 2022 fishing regulation and the amendment with final quotas are to be finalised and formally adopted by the Council, after which they will be published in the Official Journal of the EU. The regulation will be applied retroactively from 1 January 2022.

Under international law, fish stocks that the UK and the EU jointly manage are considered shared resources following Britain’s departure from the bloc. The Trade and Cooperation Agreement (TCA) between the two sides details the terms under which they determine their fishing rights in the North Sea and the Atlantic Ocean.

According to the TCA, the EU and the UK are to hold annual talks to determine maximum catch quotas for the following year. Under the deal, the two sides agreed to a gradual transfer of 25% of the EU’s fishing rights in British waters to UK fishermen in the period between 2021 and 2026.

Both sides agreed on a licensing system to grant fishing vessels access to each other’s waters.

The European Commission leads consultations that take account of international obligations, including the recommended sustainability limits for each species, expert scientific advice about  a sustainability approach and the economic impacts on fishermen.

The Council’s role in the negotiations is to provide political guidance to the EC throughout the process and then to endorse the final deal.

Tags: 2022 fishing agreement between the bloc and the UKMain-SliderNorth Sea and the Atlantic Ocean.
No Result
View All Result