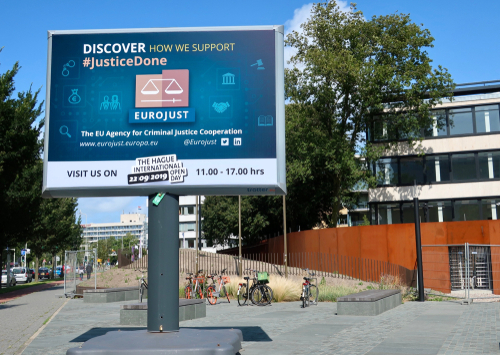 The Council pointed out in a statement that this includes war crimes, stressing that “there is reasonable basis to believe that crimes against humanity and war crimes have been and are being committed in Ukraine.”

The EU will implement measures aimed at making sure that those responsible for such crimes in Ukraine are held to account, the body noted and added that the International Criminal Court (ICC) and several EU member states have launched investigations.

“Coordination and exchange of evidence between prosecuting authorities in different jurisdictions is important to ensure the effectiveness of these investigations,” the Council stressed.

It added that “due to the ongoing hostilities there is a risk that evidence related to war crimes cannot be safely stored on the territory of Ukraine and therefore it is appropriate to establish a central storage at a safe place.”

Types of evidence to be stored

According to the draft rules, Eurojust will be able to store evidence of war crimes, including audio recordings, DNA, fingerprints, photographs, satellite images and video, among other.

In addition, the agency will be allowed to analyse and process the evidence in cooperation with Europol as well as share it with the ICC and other relevant authorities.

The Council pointed out that the draft will be discussed in the EU Parliament and added that it aims to adopt the new rules as soon as possible.

EU member states decided in March to refer the war in Ukraine to the ICC, encouraging the Eurojust “to fully exercise its coordinating role and to make itself available as required to the Prosecutor of the International Criminal Court.”

The body reiterated that the ICC Prosecutor, Ukraine and several EU member states launched separate investigations into alleged war crimes in Ukraine, adding that Lithuania, Poland and Ukraine established a joint investigation team with the support of the ICC and Eurojust.

The EU Council stressed that Russia’s aggression against Ukraine violates international law as well as causes injury to civilians and massive loss of life.

“Russia is directing attacks against the civilian population and is targeting civilian objects, including hospitals, medical facilities, schools and shelters,” the Council warned and concluded “these war crimes must stop immediately.”