EU coronavirus deal is the wrong answer for Europe

by Andreas Noll
in Europe, Features 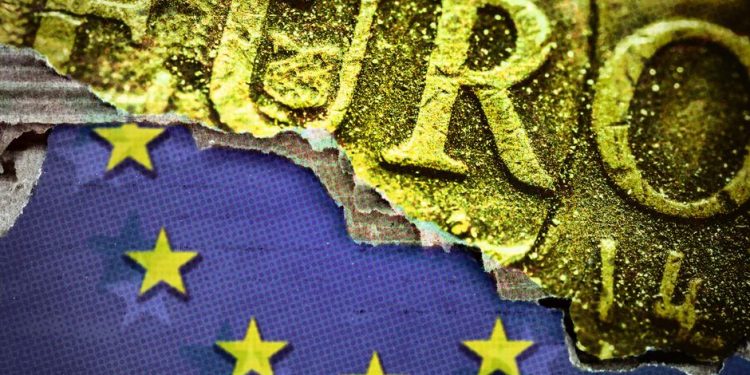 DW– The European Union’s agreement to take on common debt in its coronavirus recovery plan marks a historic moment for many politicians. But is it a historically correct decision? Unfortunately not, says DW’s Andreas Noll.

The narrative is logical: A recovery fund will strengthen the European Union, after its fall into economic hardship as a result of the COVID-19 pandemic, and send a signal of solidarity. The strong help the weak. Because this kind of solidarity should go hand in hand with gratitude, the program should also thwart Europe’s populists. The more money from Brussels, the fewer votes for Italian Matteo Salvini and his anti-EU crew.

Unfortunately, such simplistic equations have rarely worked out in the past. In contrast, one historical model is able to shine: Following World War II, the US organized a reconstruction fund for Europe, the legendary Marshall Plan.

However, there is currently little to rebuild in Europe and no food shortages to be addressed. But there are entitlements that need financing, such as unemployment and reduced work benefits, and pensions and health insurance contributions. Social protections are even more expensive in times of crisis, and national budgets are already under pressure. Yet for these budgetary holes, the EU is conceivably the most unsuitable place to turn.

You cannot discuss unemployment benefits without talking about the duration and amount of assistance needed. You cannot discuss pensions without discussing the retirement age. No EU member state wants to allow voters outside its borders to have a say in its budgetary issues — and definitely not the countries that are particularly vocal in asking for assistance.

Politicians behind the recovery deal know they can’t convey a message of this state financing by the bloc being business as usual. They’re emphasizing that it’s not about “bad old debts” but “good new debts.” That’s why future projects aimed at strengthening Europe are being clearly specified.

Of course, no one is thinking of repeating the so-called ghost airports in Spain that were built with EU money. But who will guarantee that things will turn out better this time around? After all, more money needs to be spent in less time. EU citizens are aware of where things might go wrong. Bulgarians, who have been taking to the streets to protest government corruption, fear the injection of money from Brussels will again disappear into shady channels.

Does coming together mean cohesion or detachment?

At some point, the younger generation will have to pay for this rapid flow of money from Brussels. Greek sociologist Michael Kelpanides evaluated this generation’s European identity. He undertook the elaborate study where there should be particularly strong understanding for the needs of others: at the European School in Luxembourg, the oldest such institution on the continent.

His sobering conclusion: “The coming together of very heterogeneous national groups, which previously had only superficial knowledge of one other, makes them aware for the first time of just how different they really are. And this understanding can lead to conscious detachment instead of cohesion.”

Kelpanides’ study is only one piece of the puzzle, but it shows that those who believe in the idea of European integration should not ask too much of its citizens.

Alternative projects for the EU’s future

Now that the die has been cast, the EU should direct money to areas where Europeans will really need more communal strength in the future. Common European defense is one example, but it wasn’t given much thought during the recovery plan negotiations, with only €7 billion out of the total €750 billion ($8 billion out of $874 billion) earmarked for this purpose.

The EU could also carry on with the most beautiful symbol of European solidarity that it displayed during the coronavirus crisis. Several EU countries, plus Switzerland, took in seriously ill COVID-19 patients from overcrowded hospitals in northern Italy and eastern France.

A European register of intensive care beds and the promise that in times of crisis, all EU countries will unbureaucratically help one other out with health care services, hospital beds, medication and mask stocks — now that would be a historic sign. And a sign for which it would not be necessary to put up billboards saying: Financed with funding from the European Union.