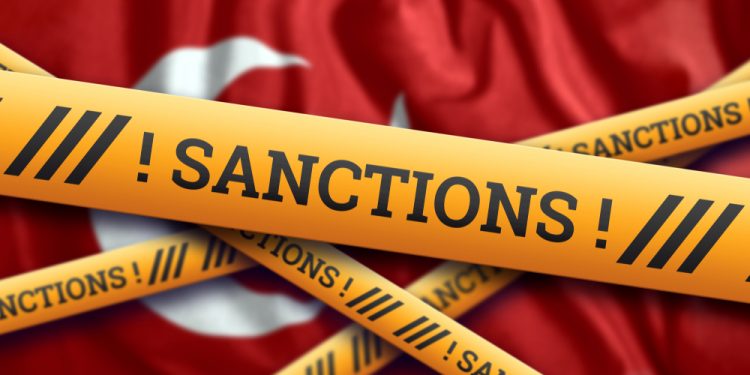 Brussels (Brussels Morning) EU foreign ministers discussed imposing sanctions against Turkey at a meeting yesterday, Monday, with the bloc to make the final decision on the matter at the EU summit on 10 December, DW reports.

Speaking at the meeting, Greece’s Minister of Foreign Affairs, Nikos Dendias, noted that Turkey had not moved away from hydrocarbons exploration in disputed waters in the Eastern Mediterranean despite warnings from the EU.

Friction between the bloc and Turkey intensified in August as Ankara deployed the Oruç Reis seismic survey vessel to the disputed waters, which are also claimed by Greece. The bloc stated its support for Greece at the EU’s summit in October, calling on Turkey to recall the ship or face sanctions.

Germany, which holds the EU presidency, initially hoped to mediate between Greece and Turkey, but changed its stance when Ankara decided to resume exploration in the disputed waters after the EU summit. Speaking before yesterday’s meeting, the German Minister of Foreign Affairs Heiko Maas noted that Turkey’s continued provocations had reignited the tensions and prevented direct talks with Cyprus and Greece.

France and the EU Parliament called on the bloc to impose sanctions at the end of November, maintaining that it was high time to punish Turkey.

In a pre-recorded message, Turkey’s President Recep Erdoğan called for more talks at a workshop on the Eastern Mediterranean on Monday when he warned that Cyprus and Greece were using the EU. At the same time, he stressed that Turkey would not accept border demarcation that would “confine us to the shores of Antalya.”

Erdoğan called on the EU to “get rid of its strategic blindness” and reiterated that Cyprus and Greece were using the bloc as a battering ram against Turkey, Bloomberg reports. He concluded that Turkey would “not bow to threats and blackmail and that we will not allow imperialist expansionism.”

On Thursday, Greece called on the EU to give its High Representative of the EU for Foreign Affairs and Security Policy, Josep Borrell, a mandate to propose sanctions against Turkey next month. A note circulated before the meeting proposed that the sanctions include an arms embargo and a ban on EU I institutions financing Turkish banks and companies.