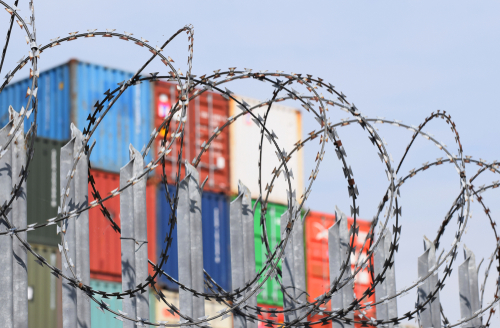 Brussels (Brussels Morning) The UK’s departure from the EU introduced a new set of post-Brexit trade rules, which have significantly increased the barriers for EU companies seeking to export their products to Britain, Reuters reports.

The last-minute trade deal, reached on 24 December last year, spared goods trade from tariffs and quotas, but all sanitary and trade regulations that need to be observed when trading with third countries remained in place. This has meant increased costs for most exporters.

“These first months have been hectic, hellish for everyone”,  export manager Nicola Piovesana, who works for the Italian prosecco supplier Serena Wines 1881, said. “Delivery times are now longer — it takes two weeks to get to the (UK) client, while before it took one week at the most”, he told Reuters.

His company is now required to store bottles destined for the UK on fumigated pallets in a separate corner of its warehouse, in order to comply with the new trade rules, which have both raised the costs and prolonged delivery times.

After a major crash in trade volumes in both directions in January, the first month of Brexit, UK data released on Tuesday showed a partial recovery in February, with British exports to the EU down 12.5% compared to February last year, while imports from the bloc dropped 11.5%.

A UK government spokesperson said the February data showed “welcome growth” in trade with the EU, compared to January, and that this indicated traders and hauliers were slowly adapting to the new rules.

According to Bank of England projections, EU-UK trade is likely to drop by more than 10% in the long term due to post-Brexit trade restrictions. The same assessment expects British output to be 3% less than what it could have been had the government agreed to follow EU rules necessary for frictionless trade.
Meanwhile, an increasing number of European companies are looking to migrate their sales and supply targets away from the UK. A December 2020 survey, taken among members of Germany’s BGA trade association, showed nearly 20% of polled companies were re-organising their supply chains to phase out British suppliers.