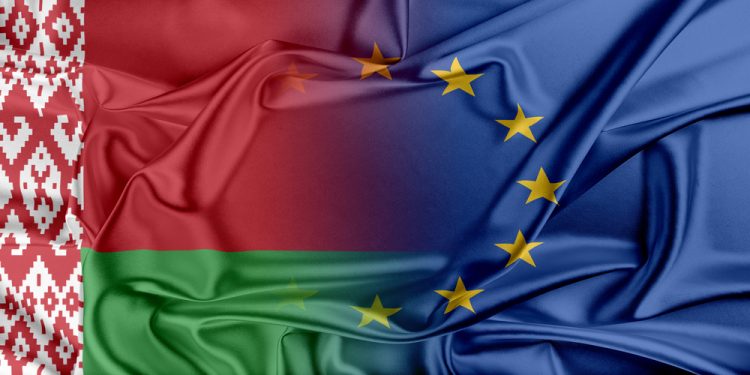 The concept of relationship between EU and Belarus.

Olivér Várhelyi, EU Commissioner for Neighbourhood and Enlargement, states that the EU is “ready to support a democratic and peaceful transition in the country with all the tools and instruments at our disposal.”

He points out that the Belarusian people’s peaceful protest in defence of their human rights should be an inspiration to all. Approval of the aid package, he adds, attests to the EU’s support for the people of Belarus and for the activities of the nation’s civil society.

The aid programme, dubbed EU4Belarus, focusses on supporting local communities and citizens’ initiatives, provides a scholarship programme for students and advisory support to SMEs as well as aid for dealing with the coronavirus pandemic.

It is a part of a 53 million euro support package that was announced in August. The EU Commission stresses that the bloc upped its support for the Belarusian people and their democratic rights following the 9 August presidential election, which the statement stresses was neither free nor fair. The statement also condemns the brutal crackdown by Belarusian authorities on election-outcome protesters.

It calls for finding a democratic solution through dialogue with the broader society, and notes that the EU Council plans a review of the bloc’s relations with Belarus. This, it says, will include scaling down cooperation with Belarusian authorities and will focus support locally and specifically on civil society and the people of Belarus.

In addition to the adopted package, the EU Commission is continuing preparations for a comprehensive economic support plan for a democratic Belarus. Should a peaceful and democratic transition eventuate, the EU is prepared to support Belarus in line with the Eastern Partnership policy, the release concludes.

In an interview with DW yesterday, Thursday, EU Special Representative for Human Rights, Eamon Gilmore, pointed out that Belarusian authorities had suspended dialogue on human rights with the EU, the last such meeting having taken place in July of 2019. This clearly and regrettably removes “the platform whereby we can talk directly with the Belarus authorities about these issues,” he said.

We are witnessing a serious erosion of human rights in Belarus, Gilmore warned, citing reports of torture and other severe violations of rights and recalling how the EU had called previously for a UN High Commission for Human Rights probe into rights violations in Belarus. In the current circumstances, he had no doubt that an international probe under the auspices of the UN remains a realistic and justifiable option.