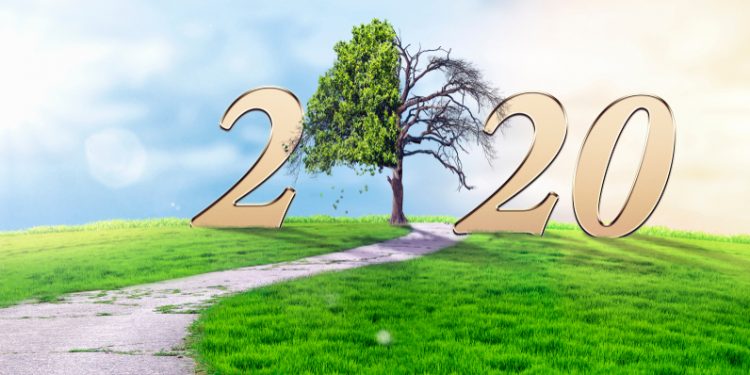 Brussels (Brussels Morning) A report published by the European Environment Agency (EEA) said the EU is on the right path to achieve its 2020 greenhouse gases (GHGs) emission targets.

The report presents a progress assessment of the EU’s climate and energy targets for the bloc plus the UK, in which the overall appraisal carries a positive tone, despite the work ahead.

“With recent key steps and achievements, such as the proposal for a European Climate Law earlier this year, followed by the amendment to increase the ambition of the 2030 targets, the way forward has become much clearer”, reads the EEA’s report.

Despite varying performances within EU countries, the emissions target has improved significantly.

“In 2019, a year without economic downturns or other monumental crises, the approximate rate of emission reductions in the EU-27 was a remarkable 4% below that of 2018”, says the report.

This positive decline occurred prior to the COVID-19 pandemic, and the EEA attributes this progress to the “cumulative, long-term efforts towards lower emission levels across Europe”, claiming that efficient climate policies have shown that it is “clearly possible” to achieve 2030 targets, paving the way for increased ambitions by 2050.

The reason for the drop in GHGs emissions is linked to the decarbonisation of the EU’s power sector and controlled emission reductions in the sectors covered by the EU Emissions Trading System (ETS).

EU countries must do a lot more to step up its energy efficiency targets by curbing their national energy demand, the EEA warns.

Only nine member states — Finland, Greece, Italy, Latvia, the Netherlands, Portugal, Romania, Slovenia and Spain — were in motion to meet the targets, based on 2019 data.

“I expect ambitious legislative proposals from Climate Commissioner Timmermans for renewable energies, emissions trading and the building and transport sectors. Only in this way can we travel to the climate conference in Glasgow with a clear conscience”, said MEP Jutta Paulus (Greens).

While the EEA describes the COVID-19 surge as “incidental”, these recent trends may well result in the achieving or surpassing of 2020 targets, yet, remaining on track for 2030 and 2050 objectives will “require for sustained and long-term change”.

“It is encouraging that even before the exceptional year of the corona pandemic, substantial emission reductions were achieved in the European Union. However, enormous efforts will be needed to accelerate the expansion of renewable energies. The neglected potential in energy efficiency must finally be addressed,” added MEP Jutta Paulus (Greens).

The national energy and climate plans (NECPs) submitted by member states provide a good tool to determine how change at the national level can achieve collective EU targets on greenhouse gas emissions, renewable energy share and energy consumption by 2030.

Based on the reports submitted by member states, under the Monitoring Mechanism Regulation (MMR), to the EEA, a path towards a 36% total emission reduction by 2030 seems to be underway.

However, the estimated projection goes below the 40% reduction in 2030 targets.

As for renewable energy share, the ambitions expressed in the NECPs have revealed a possible reduction of 33-34% by 2030, showing that the target of at least 32% could be surpassed.

As of early October 2020, the Parliament adopted its first position, supporting a targeted 60% reduction in total emissions by 2030.

A formal agreement between environment ministers on a new 2030 target is yet to be reached.

By June 2021, a series of proposals will be tabled by the Commission aimed at meeting the Green Deal’s targets for the EU, including an assessment of all relevant policy instruments to achieve the additional emission reductions.