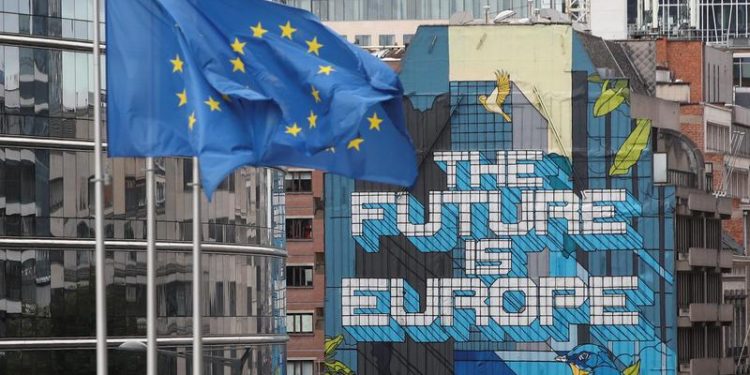 Belgium, (Brussels Morning Newspaper) Lawmakers in the environment committee (ENVI) have settled on their position for key pieces of the European Commission’s climate package — known as Fit for 55 — that aims to slash the bloc’s emissions by 55 percent this decade.

In the turbulent period, lawmakers in the EU have made a slow step forward in overseeing the adoption of a key package of EU climate legislation in the European Parliament has urged colleagues to stop fighting over the proposed reform in the current geopolitical context.

Political parties had already reached an agreement in the environmental committee (ENVI) in May which pushed for even faster emissions reduction in Europe than the EU Commission originally had proposed. Typically plenary votes largely follow these agreements. But intense pressure from industry groups in the past days has derailed settlement in parliament.

MEP Esther de Lange stated that late last night we reached a provisional agreement on ETS and CBAM as EPP, SD, and RE negotiators.

” We will now take it to our respective groups this morning and – if agreed – will table the agreed amendments. We are ambitious, but we also want it to be an ambition that has the understanding from industry and citizens,” she said.

On the other hand, MEP Dr. Christian Ehler stated that he doesn’t have to tell the public that we are in the Bermuda Triangle of challenges to have a transformative change in our economy in Europe.

“I don’t have to tell you that we are in the Bermuda Triangle of challenges to have a transformative change in our economy in Europe in order to meet our CO2 reduction, on the other hand, we are confronted with the war and practically we are being an indirect participant in the war and thirdly we are in the aftermath of the economic crisis post the corona pandemics. Global and European markets are in disturbance and supply chains still don’t work. And I think we found in that triangle a way to preserve our ambitions and on the other had to make it visible for the industry and economy to deliver on this topic” – said Ehler.

They concluded that The EPP isn’t alone in chipping away at the Commission proposal. The Greens, the S&D, and parts of centrist Renew Europe succeeded in reaching a deal on a new carbon price for heating and transport that would exempt households and apply only to businesses.