EU, Chinese climate heads to meet ahead of UN conference 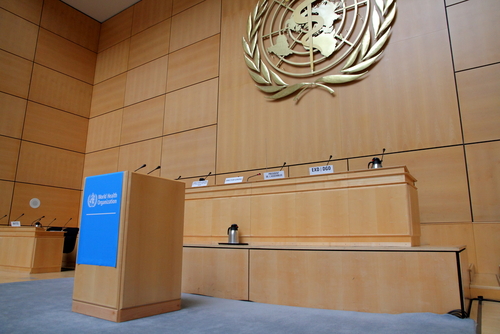 Brussels (Brussels Morning) European Commissioner for Climate Action Frans Timmermans is to meet his Chinese counterpart Xie Zhenhua ahead of the upcoming UN Conference in Glasgow.

Chinese President Xi Jinping is not expected to attend the conference also known as COP26, which raised concerns among climate activists that the largest CO2 emitter in the world is not planning to present new climate targets in Glasgow.

The UN conference is scheduled to take place in Glasgow between 31 October and 12 November, with signatories of the Paris Agreement expected to present more ambitious targets for greenhouse gas emissions, Reuters reported on Tuesday.

Timmermans and Xie will discuss “the latest developments and see where we all stand in these last few days before the COP26 officially begins”, according to an EU official.

All 27 EU member states are among the 143 signatories of the Paris Agreement that adopted more ambitious environmental goals this year. Nearly 200 countries  signed the accord.

China, the largest CO2 emitter, is planning to stop increasing its emissions by 2030 and reach carbon neutrality by 2060.

“It makes a huge difference, when they say ‘before 2030’, whether that’s 2025 or 2029”, he noted, since getting China to start lowering its greenhouse gas emissions faster would have a “huge positive impact” on global efforts to curb emissions and achieve the Paris Agreement targets.