EU-China summit to be held online due to coronavirus fears 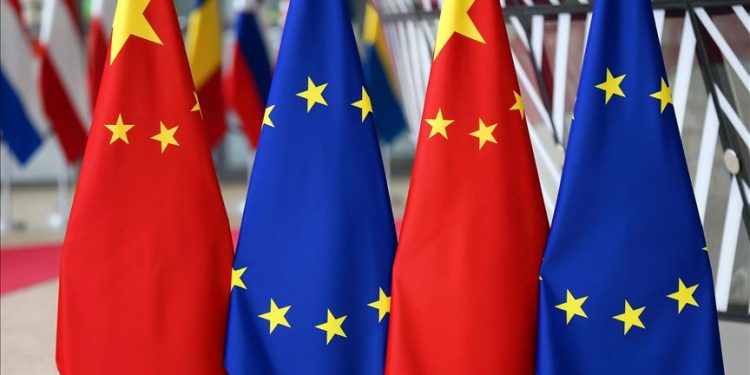 The EU-China summit is to take place online because of coronavirus fears with German Chancellor Angela Merkel hosting, DW reported on Sunday. Originally intended to be held in Leipzig, the plan was scrapped in June due to the pandemic and the duration of the summit was cut from the original three days to just one.

The European Parliament has criticized China over its persecution of Muslims in Xinjiang and its crackdown on Hong Kong protesters. EU officials have been reassessing the union’s relationship with China due what they perceive as its increasing authoritarianism and aggressive foreign policies. In 2019, the European Commission described China as a systemic rival of the EU that is trying to spread its autocratic system of governance worldwide.

Lucrezia Poggetti, a think tank analyst from the German Mercator Institute for China Studies (MERICS), has pointed out how China’s Communist Party (CPC) has handled the coronavirus pandemic mainly through what she described as mask diplomacy. Many EU officials, she suggested, saw China’s coronavirus pandemic response as a shameless PR campaign, with the CPC often times branding its export of medical supplies as aid.

US officials have alerted the EU to be on its guard against the Chinese telecom giant Huawei, warning that the state-controlled company could spy on recipient EU member states as well as use its products to sabotage infrastructure. The UK and France have announced they will drop reliance on Huawei equipment gradually by 2027 and 2028, respectively. Germany has yet to take a stance on the issue.

The EU is no singular, unified plan to deal with China since some member states demand that there should be consequences for China’s violations of human rights, erosion of freedoms and disregard for environmental protection plans, whereas others, according to France 24, want more trade with China.

In June, von der Leyen threatened China with a very negative outcome should the country persist with its planned crackdown on Hong Kong. Meeting with China’s Foreign Minister Wang Yi earlier this month in Berlin, Germany’s Minister of Foreign Affairs Heiko Maas criticized Beijing over its authoritarian crackdown on Hong Kong and its mistreatment of Muslims in Xinjiang.