by Emmanuel Maurel MEP
in Opinion 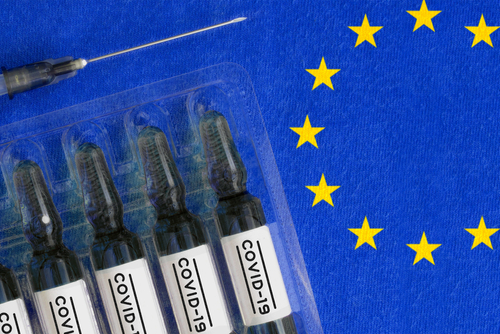 The EU-China investment agreement was a bad agreement due to four major faults, writes Emmanuel Maurel.

Brussels (Brussels Morning) The investment agreement between China and the EU, reached between Christmas and New Year’s Eve while the public was preoccupied with the COVID-19 pandemic, is marred by four serious faults.

Fault number one: our “European values” trampled upon

Admittedly, the gap between what our leaders say and do regarding a “European model based on values” has presented itself on many occasions.

The Commission’s Directorate General for Trade’s relentless defence of the EU-MERCOSUR agreement — including Brazil’s President Bolsonaro, a celebrator of the oppression of indigenous peoples and one who openly mocks the Paris Agreement and Amazon fires — is one such indicator of this double talk.

Another example is the refusal to answer incessant calls in Parliament to suspend our trade agreement with the Philippines, ruled by Rodrigo Duterte, accused of a campaign of extrajudicial killings in the thousands.

The same direction is now being taken with China, which put European institutions, strongly encouraged by Angela Merkel, in the space of hypocrisy and lies.

Now, at the end of 2020, by signing a major agreement with China, Ursula von der Leyen and European leaders have disregarded “European values”. They have shown that the container of human rights, freedom of expression, separation of powers, protection of civil society and minorities is in reality purely rhetorical, secondary, and incidental.

Politics is, of course, a matter of substance. Economic and commercial affairs are major components of that substance. It is perfectly legitimate that from left wing to right we discuss the best solutions and direction for organising and regulating political decision-making. But politics is also — some would say “above all” — a question of timing. On this aspect, the failure of the Commission and Germany (in its capacity as President of the Council in the second half of 2020) is complete.

For the record, in 2020, the world was hit by a pandemic, catastrophic in terms of health, economy and social life, with recessive effects comparable to those of a war.

However, everyone knows that China’s concealment of the spread of the virus at the end of 2019 has aggravated the epidemic to such an extent that it is out of control. And yet, we are signing an agreement with China.

In 2020, the world watched as democracy in Hong Kong was undermined and placed under the direct rule of Beijing, in defiance of the international commitments made with London at the time of the handover in 1997. Arrests of opponents are currently multiplying.

In 2020, the world was stunned by the enslavement of Uighurs, native to the northwest region of China, solely for Muslim. Yet, we are signing an agreement with China.

And in 2020, a large part of the world released a sigh of relief as Donald Trump was defeated in the US polls, who constantly humiliated Europe with various economic tools.

His successor, Joe Biden, has vowed to reconcile with us and restore a relationship. It would not be without an ulterior motive but is some return to normalcy and a new alliance of liberal democracy in the face of the Chinese totalitarian steamroller.

Fault number three: this agreement is an attack on European production and employment

The text is entitled Global Agreement on Investment and provides for a number of commitments from the Chinese side, aiming to further secure investments by European companies in China.

Indeed, there was some substance to it. To be able to open a subsidiary, a branch or an independent entity with European capital in China requires compliance with innumerable obligations. These include creating 50-50 joint ventures with Chinese investors (which in itself is hardly scandalous for a country wishing to protect its sovereignty), obligatorily transferring the patented European technologies used there (which is much more problematic and the cause of the rapidity of Chinese catch-up in recent years) and fulfilling administrative obligations as diverse as they are meticulous.

All this while being subject to official discrimination in access to certain markets, notably public procurement.

Yes, there was room for a “level playing field” in China, a term favoured by senior officials in Brussels. But what is genuinely astonishing on their part is the belief that Beijing will live up to its commitments.

Because Beijing does not respect its commitments, we have seen this in the Hong Kong affair, but there were many other warning signs. For example, China is bound by a free trade agreement, i.e., without customs duties, with Australia, which did not stop it from blocking Australian exports in 2020 with no warning to Canberra. As a member of the World Trade Organisation, China is also supposed to respect intellectual property. It is no secret, however, that China has become a mistress of industrial espionage, patent theft and counterfeiting. Some estimate counterfeiting at more than $500 billion a year, 90% of which comes from China (or its Hong Kong and Singaporean partners).

Do Europeans really believe that the thousands of Chinese counterfeiting factories, well hidden in the hinterland, inaccessible to any inspection, will close down by the grace of Xi Jinping’s signature on a piece of paper? The same goes for the few sentences with no bearing on the fight against forced labour or adherence to ILO conventions on freedom of association. On the contrary, what we are about to do is to formalise through this text the incorporation of forced labour into our own production.

But even assuming that our companies are treated fairly and in full compliance with China’s economic, social and humanitarian ‘commitments’, this means that the offshoring of new parts of our industries will be facilitated. Our technocrats swear that it is all about satisfying the Chinese consumer, taking advantage of China’s huge domestic market. This is open to doubt, all the more so since our supply chains are already in China’s hands, and under the guise of producing locally in China for local consumption. In reality, very many European (and American) industries are producing in China to export to us at a lower cost. The investment agreement signed by Ursula von der Leyen will only aggravate this phenomenon, throwing away the fine promises of relocations made between two lockdowns.

This agreement is an additional incentive to offshoring and an additional obstacle to relocation. It will result in tens of thousands more unemployed in Europe. Instead of reinforcing the “European strategic autonomy” that the Commission is boasting about, it will increase our dependence on the Made in China value chain.

Blinded by their idea of a “rule-based” free trade agreed between sincerely cooperating parties, European leaders do not understand how China works politically. I will not insult them by ignoring the fact that China is ruled by a party-state, as this has led to China being labelled by us as a ‘systemic rival’.

But the implications of this ‘systemic rivalry’ have not been fully understood, let alone how it has evolved. We come back to ‘timing’: liberal Europe signed an agreement with China barely a month after the last plenary session of the Central Committee of the Chinese Communist Party (CCP), which validated an ‘authoritarian red shift’ in the country, under the authority of Xi Jinping.

Among the orientations adopted (and which are generally respected to the letter by Party members, on pain of disgrace or even physical repression), the CCP has decided not to relax but on the contrary to increase state control over the economy and society (by means of mass surveillance technologies) to an extent unprecedented since Mao. And the Party makes no distinction, either in the economy or in society, between the nationality of individuals or holders of capital. It does not care whether capitalists are Chinese or foreign: the state will control them more. Much more than before.

Above all, however, the Europeans are pretending not to see that this agreement is motivated on the Chinese side by a worrying financial situation. What China needs, here and now, is to drain money to finance an economy that is weighed down with bad debts and threatened by financial bubbles. The European investment agreement is, therefore, a godsend for the Chinese economy, which will be able to pay off its debts with our money, especially the money we allowed to accumulate in surplus savings during the lockdown.

What proves my assertion is the intense and discreet lobbying of European banks and investment companies during the last phase of the negotiations. The financial sector is fully committed to this agreement and is fully satisfied by the specific clauses it contains to protect its investments, for which it hopes to obtain “Chinese style” returns, i.e., double-digit returns.

We hear about German car factories. This agreement will certainly bring them out of the ground. But we hear less about bank branches and other financial institutions that will have free rein, without joint ventures, without 50-50 Chinese ownership, to invest European money there. When Europe has to revive the post-COVID economy, if necessary, by mobilising its savings, it will be surprised to find that it too has been offshored.

A final note on domestic policy: the ratification process of this agreement (which needs the validation of the 27 national parliaments because the investment is not an exclusive competence of the Union) should normally be completed in the first half of 2022.

Angela Merkel has, therefore, made a poisoned gift to Emmanuel Macron: the debate will take place during the French Presidency of the Council, that is to say, during our presidential election.