EU Chamber of Commerce in China warns about power cuts 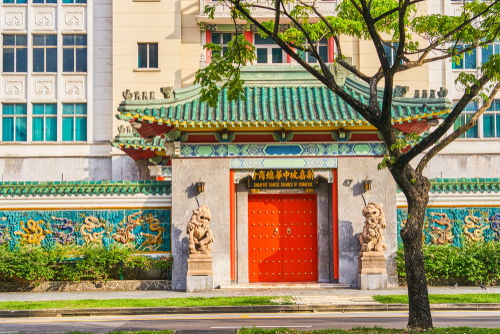 Brussels (Brussels Morning) The EU Chamber of Commerce in China NGO has issued a warning about the effects power cuts there might have on production by EU company concerns operating in China. It has also stated its concern that Chinese local authorities often delay notification of impending power cuts until the last minute

The NGO known as the European Chamber advises that power shortages in China will most likely force some EU companies there to delay production because the authorities do not announce them sufficiently in advance for them to take appropriate contingency measures, Reuters reports.

“Many members think they have to delay their orders, their customers are unhappy, so it affects their normal business, and maybe some customers will cancel their orders”, Klaus Zenkel, European Chamber vice president and South China chair, stated.

Bernhard Weber, Vice-chair of the European Chamber’s Nanjing chapter, pointed out that local authorities often notify factories of power cuts on the actual day of the cut, by which time it is too late for them to make alternative arrangements to avoid the disruption.

“Companies are notified in the middle of the night via SMS that power cuts are coming”, he said. Meantime, he commended local authorities in an economic zone in Wuxi for alerting factories on a monthly basis of the daily power quotas they could expect

“All the other regions, all the other cities, they do it on a day-to-day basis”, Weber complained. “You never know whether you can produce, basically, from shift to shift.”

Zenkel observed that when when the authorities impose power cuts, the affected companies have to rely on generating their own power using diesel generators.

Cuts triggered by coal shortages in China caused production stoppages at many factories last month. Among those affected were plants operated by US tech giant Apple and Tesla, the electric automobile maker.

Since coal shortages are expected to continue this winter, traders and analysts are predicting that industrial power consumption will drop 12% in the final quarter of the year. However, they expect the crisis to end this year.

European Chamber head Jörg Wuttke cautioned that once China’s centralised heating system kicks into gear in mid-October and mid-November in the north of the country, industry will be put to the test.

He indicated that supply chain disruptions and price hikes could continue if China’s power problems are not resolved by the Christmas season, stating that what lies ahead will be “a marathon and not a sprint”.