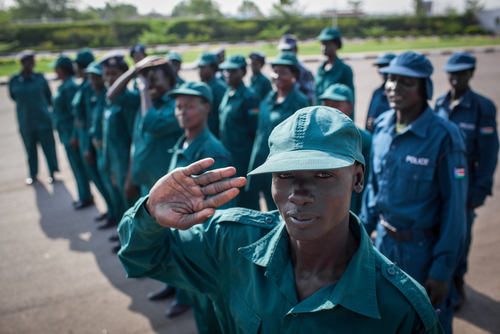 Brussels (Brussels Morning) The EU called upon Sudan’s military leadership to urgently release the imprisoned members of the civilian government on Monday, following what appears to be a coup.

The military detained Prime Minister Abdalla Hamdok and several other members of his government on Monday, invoking a state of emergency and dissolving the Sovereign Council – a transitional body run by civilian and military representatives, tasked with implementing the democratic transition following the end of the rule of autocrat Omar al-Bashir in 2019.

Supreme military commander in Sudan, General Abdel Fattah al-Burhan, confirmed that the Sovereign Council was dissolved, and said the military needed to protect the country’s safety and security. He also claimed that the country’s armed forces remain committed to completing the democratic transition and handing over power to a civilian government, pledging to hold the elections as previously planned, in July 2023.

According to the Ministry of Information, apparently still under control by Hamdok’s personnel, the PM was taken to an undisclosed location after refusing to issue a public statement supporting the military takeover.

EU High Representative Josep Borrell, speaking on behalf of the Union, called on the security forces to immediately release those that had been unlawfully detained. “The actions of the military represent a betrayal of the revolution, the transition, and the ultimate requests of the Sudanese people for peace, justice and economic development”, Borrell declared.

The military has shared power with the civilian government since mass protests resulted in the fall of autocrat al-Bashir in 2019, which in turn opened the doors to international aid for the economically struggling nation. Monday’s coup has already prompted several Western nations to warn the military that its takeover might put further aid at risk.