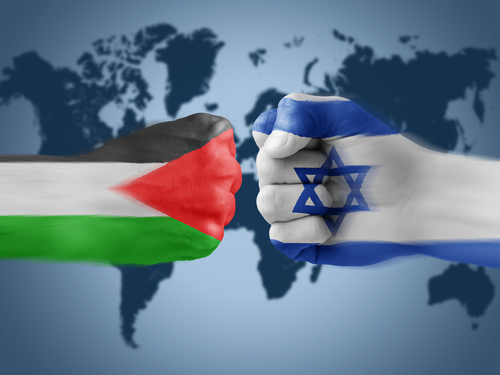 Brussels (Brussels Morning) The EU has condemned Palestinian attacks on Israeli civilians and called on both sides to de-escalate the conflict, Reuters reported on Tuesday.

“The firing of rockets from Gaza against civilian populations in Israel is totally unacceptable and feeds escalatory dynamics”, the European Commission stressed late on Monday.

It urged that “the significant upsurge in violence in the occupied West Bank, including in East Jerusalem as well as in and around Gaza needs to stop immediately”.

Escalation of the conflict

Palestinian forces fired rockets into Israel on Monday, with Israeli forces launching air strikes against Gaza early on Tuesday in an escalation of recent clashes in Jerusalem.

Hamas and Islamic Jihad Movement in Palestine militant groups have claimed responsibility for the rocket attacks.

Josep Borrell, High Representative of the EU for Foreign Affairs and Security Policy, condemned the evictions of Palestinians in East Jerusalem on Monday, declaring the move illegal and warning it only served to inflame tensions.

US Secretary of State Antony Blinken condemned the rocket attacks on Monday and called for de-escalation.

According to Palestinian officials, two people were killed and more than 100 were wounded in airstrikes, while medics reported six wounded by a rocket in Israel.

The rocket attack on Jerusalem was the first such attack by Gaza militants since 2014.

The attacks were precipitated by violence that broke out on Jerusalem Day on Sunday at the Al-Aqsa Mosque in the Old City of Jerusalem, with Israeli police reporting 21 officers injured in clashes and the Palestine Red Crescent Society noting over 300 Palestinians hurt in skirmishes with Israeli police.Israeli forces say they targeted militant operatives and attack tunnels, while an Israeli military spokesman asserted that approximately one third of the rockets launched at Israel fell short and hit Gaza.